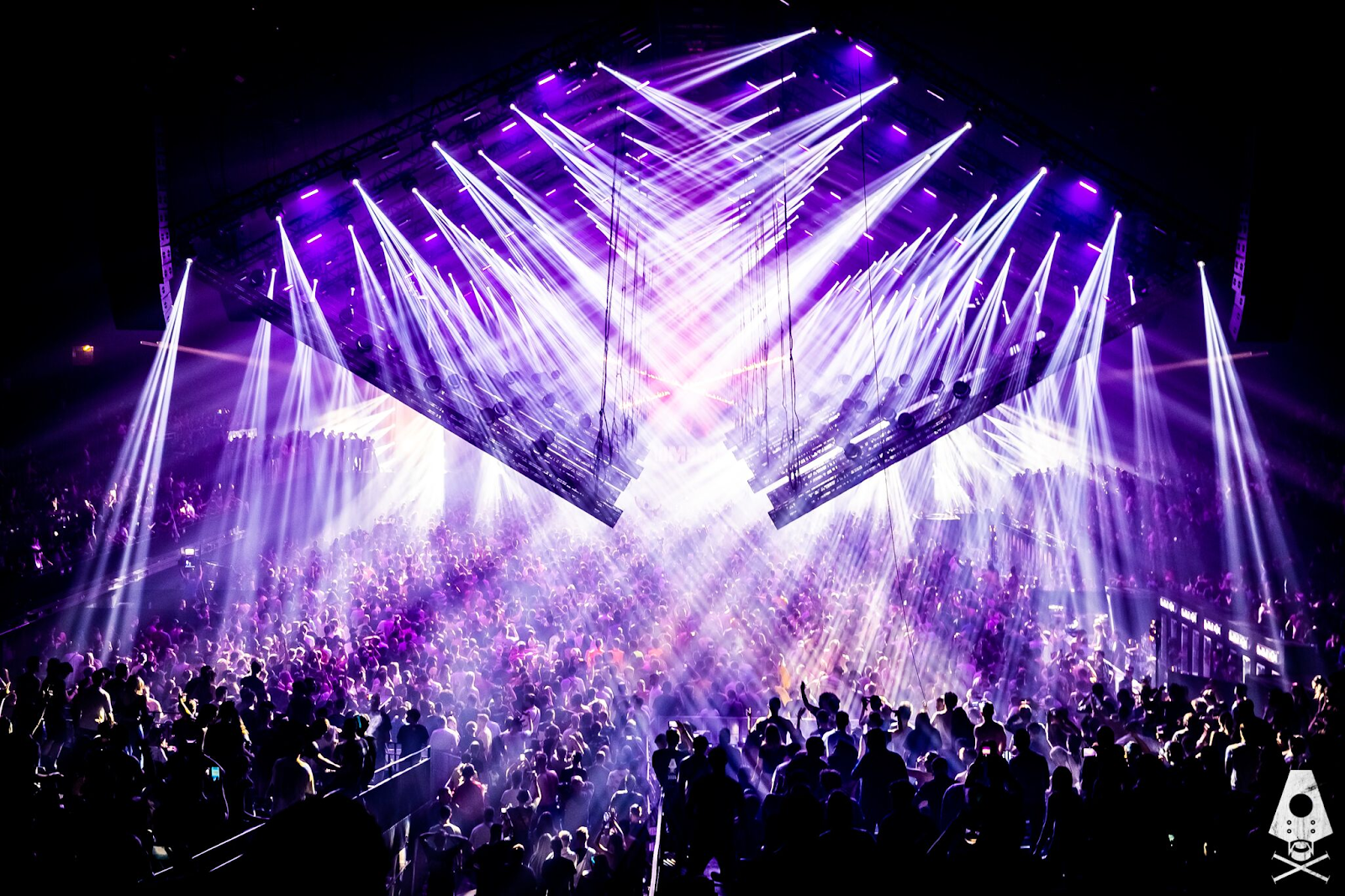 After an incredible 10 year anniversary event last year, Rampage have been working hard over the winter to make sure the 2020 edition, from 13th – 14th March in 2020, will be even bigger and better. Returning to the Belgian city of Antwerp and the giant Antwerp Sportpaleis, the line-up this year brims with world-class talent and a very special, fully-fledged headline show from Pendulum Trinity which will be the first time the band have performed outside of the UK, and will be the only time they do so before summer. As well as that, a special Farewell Tour Dj set from Noisia, Black Sun Empire, a world-wide debut AV show from Virtual Riot, AC13 b2b Ben Snow b2b IndiKa, Eptic, SASASAS (Macky Gee, Phantasy, Skibadee, Shabba D, Harry Shotta), Camo&Krooked b2b Mefjus, Delta Heavy, DJ Marky, Matrix & Futurebound, Modestep (live), Kasra b2b Randall, Dirtyphonics LIIVE, Midnight Tyrannosaurus, DPMC, Definitive b2b Sweettooth b2b Flakzz, Kasra b2b Randall and many more line up.

Rampage 2020 will, in no uncertain terms, be the most impressive and spectacular show yet. The production has all been updated with the very latest technology, animations, lights, visuals, and lasers so that the five acts who are bringing custom audio-visual shows have the very best possible platform on which to blow your minds and drench you in multi-sensory delights. This year for the first time, there will be an uninterrupted, unbroken back screen onto which visuals are displayed, making it the biggest ever for the venue, and the biggest of any screen ever used anywhere in the world. 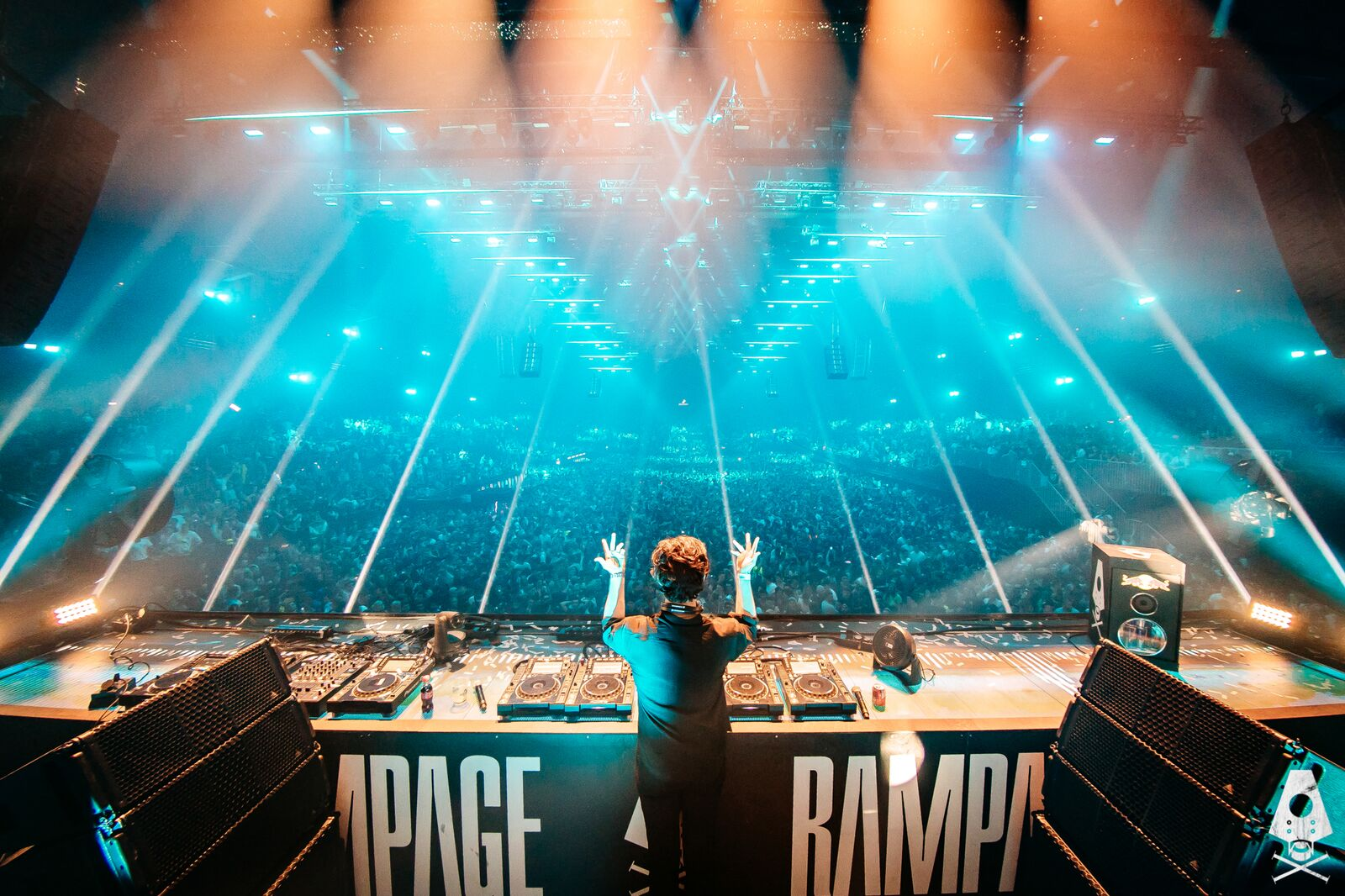 All this goes down at The Antwerp Sportpaleis, one of Europe’s largest indoor spaces and one that becomes a mesmeric and immersive rave haven thanks to the now world famous production Rampage always bring in. Easily on a par with the likes of Awakenings and Tomorrowland, Rampage is the one and only drum & bass event you need in your life. Around 30, 000 people attend from 55 countries and so the Rampage promises a monstrous line up to match the supersized scale of the whole party, with new school heroes and venerated veterans all lining up as well as plenty of world exclusives. Of course, the man behind all this is Belgium’s DJ Murdock aka Hans Machiels, who has released on V Recordings, Hospital Records and whose latest album on Viper has made a huge impact which has seen Mistajam select ‘Double Dutch’ as his self-certified dance anthem, while Annie Mac plucked ‘Different Way’ for her BBC show. As such, he is right at the heart of the scene as a DJ and Producer and leading from the front with the immense Rampage brand. The spectacular Pendulum Trinity show is going to be a historic moment for drum & bass lovers. It finds the acclaimed Australian outfit’s original trio of Rob Swire, Gareth McGrillen and El Hornet together on stage for only the second time in the last 10 years after their SW4 show. With breathtaking production, new material from their new album and live vocals, plenty of maximal beats and electrifying synths, it is set to be the most advanced drum & bass show ever. Joining those legends will be fellow legends Noisia who serve up what will be a memorable set as part of their Farewell Tour, the Brazilian tastemaker and long time innovator DJ Marky, Black Sun Empire, the Dutch outfit with their own dark, driving and tech fuelled sound who are known as kings of all things neuro. You can also expect a world-wide debut AV show from Virtual Riot, who now releases on Skrillex’s OWSLA and makes all sorts of future rhythms, electro house and bass heavy dubstep, and more from Matrix & Futurebound and Midnight Tyrannosaurus. 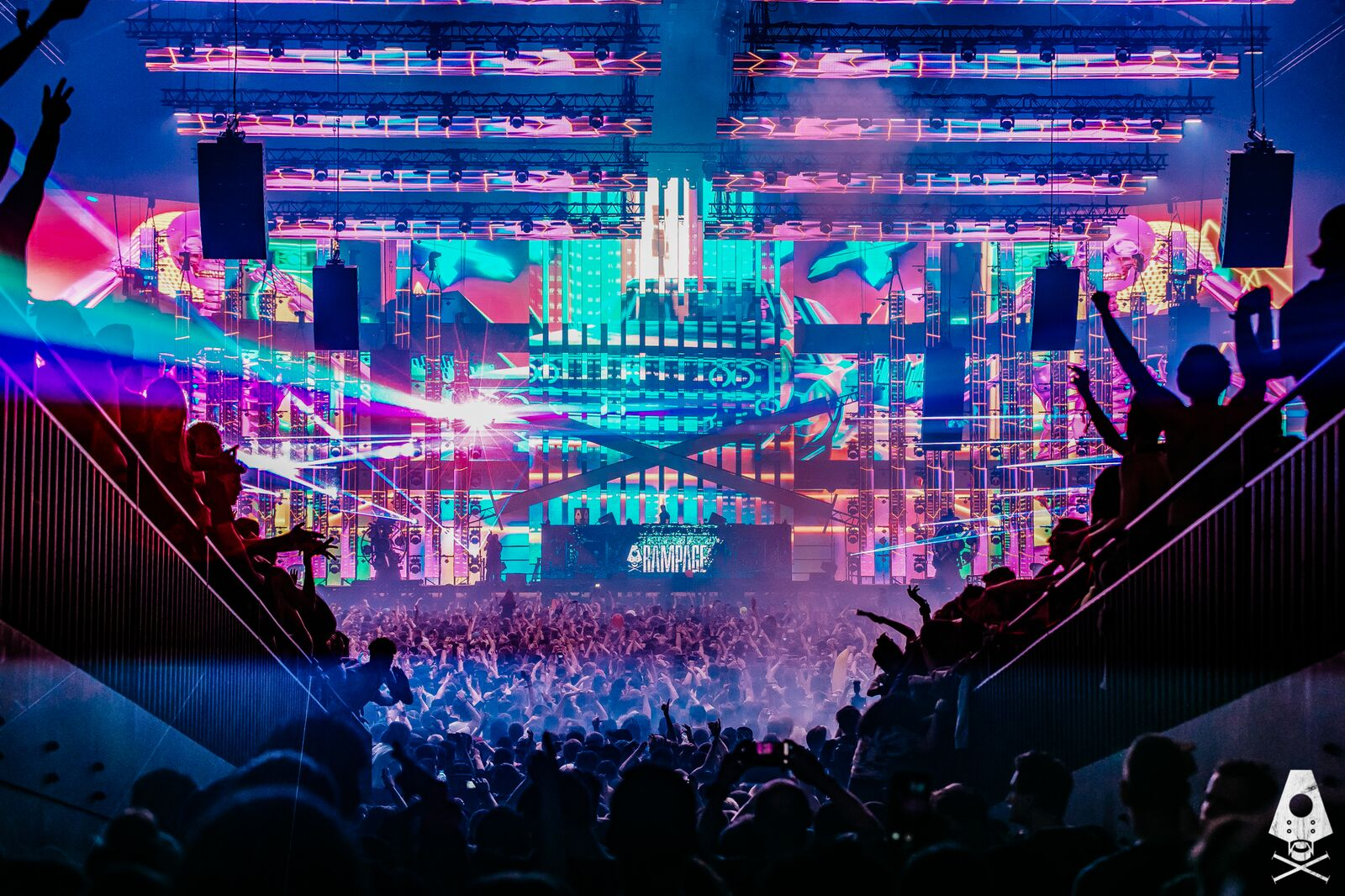