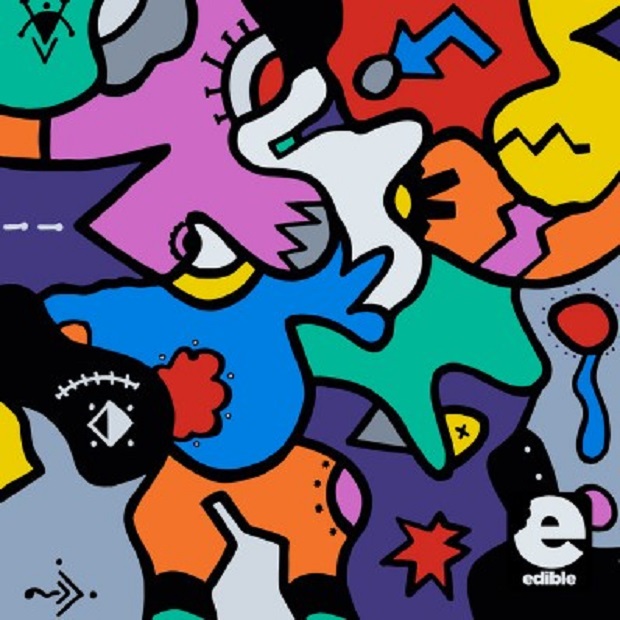 Released at the end of April, Paul Woolford brings a fresh EP to soundtrack your Spring. Chaos represents Woolford’s debut on Edible Records, the brainchild of Bristol’s Eats Everything and Nick Harris.

The first track, Chaos, is quick to live up to its name. With a solid tech-house structure of beautifully selected percussion, Chaos throws the listener in at the deep end.

A softer baseline flirts throughout the track, appearing shy, yet giving weight to the already strong tech drum that underpins the track. Around the two minute mark, this sample morphs, first dramatically increasing in pitch and then into a deep, large pliable piece of acoustic plastic. With promise brewing, the drop is ushered in with a build of energy that sounds like it would start a futuristic energy-generator in a sci-fi flick. Now in full force – the track expands,  using acid tinged, bouncy synths to bring a melodic element to this quirky, playful track.

There is always a feeling of going somewhere with Woolford’s music. The second track of this EP, Meditate, represents just that. Prepare to be taken on a journey. With simple beginnings, high hats slowly build in intensity, as though they will lead to a drop in a matter of seconds. With a filter placed on them, they appear mildly subdued and are quickly overshadowed by a menacing, rolling baseline that screams funk. The listener is then joined by an echoing female vocal reminiscent of Donna Summer.  This pumps further life into a track that is sure to prove a curious listen. Layer upon layer appear and it is no surprise where the EP artwork found its inspiration. Meditate represents a vibrant amalgamation of colourful sounds that would sparkle through a Funktion one soundsystem. As the track reaches it’s bridge, a high, cheerful synth opens a new element in the track, one that creates a feeling of space and depth.

Paul Woolford has earned the status of prolific producer, with over ten years of releases under two aliases – the other being the formidable and raw Special Request. By pushing the boundaries of house whilst retaining a characteristic sound, Woolford has provided Edible Records with a strong, creative release with his Chaos EP.