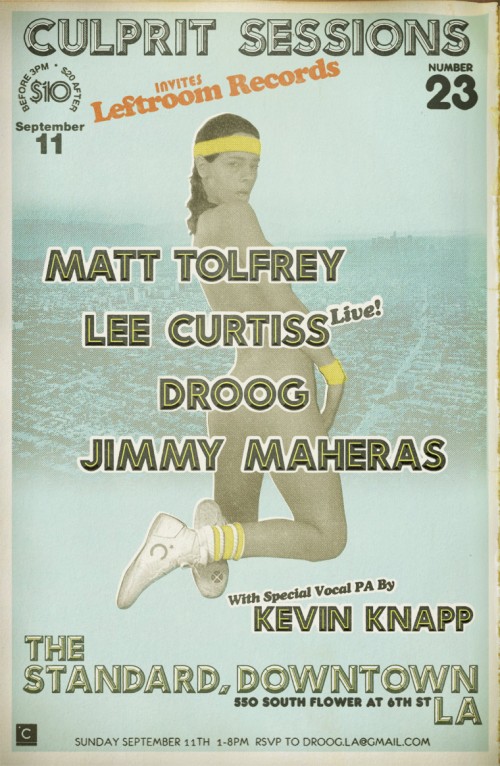 [Party] September 11th will mark the 23rd edition of the Culprit Sessions at Standard Rooftop in Downtown, Los Angeles. Having just wrapped up their 22nd edition with the Hot Natured crew, Jamie Jones & Lee Foss, it seems the Culprit guys have endless tricks up their sleeves. If you’ve attended any of their events this year, or any year since the Culprit Sessions inception, it has probably left its mark on you like it has on us. Contracting world-class talent and producing an internationally famed rooftop event time and time again has made the Culprit Sessions a must in the rooftop party world.

Up next to bat are two pillars upon which the house of Culprit has been contructed: Matt Tolfrey & Lee Curtiss. Both artists were, along with Jamie Jones, Lee Foss and Ken Gibson, the first Culprit believers – they threw their considerable talents and reputation behind a young untried label, have continued to give strength and have supported the Culprit mission unconditionally.