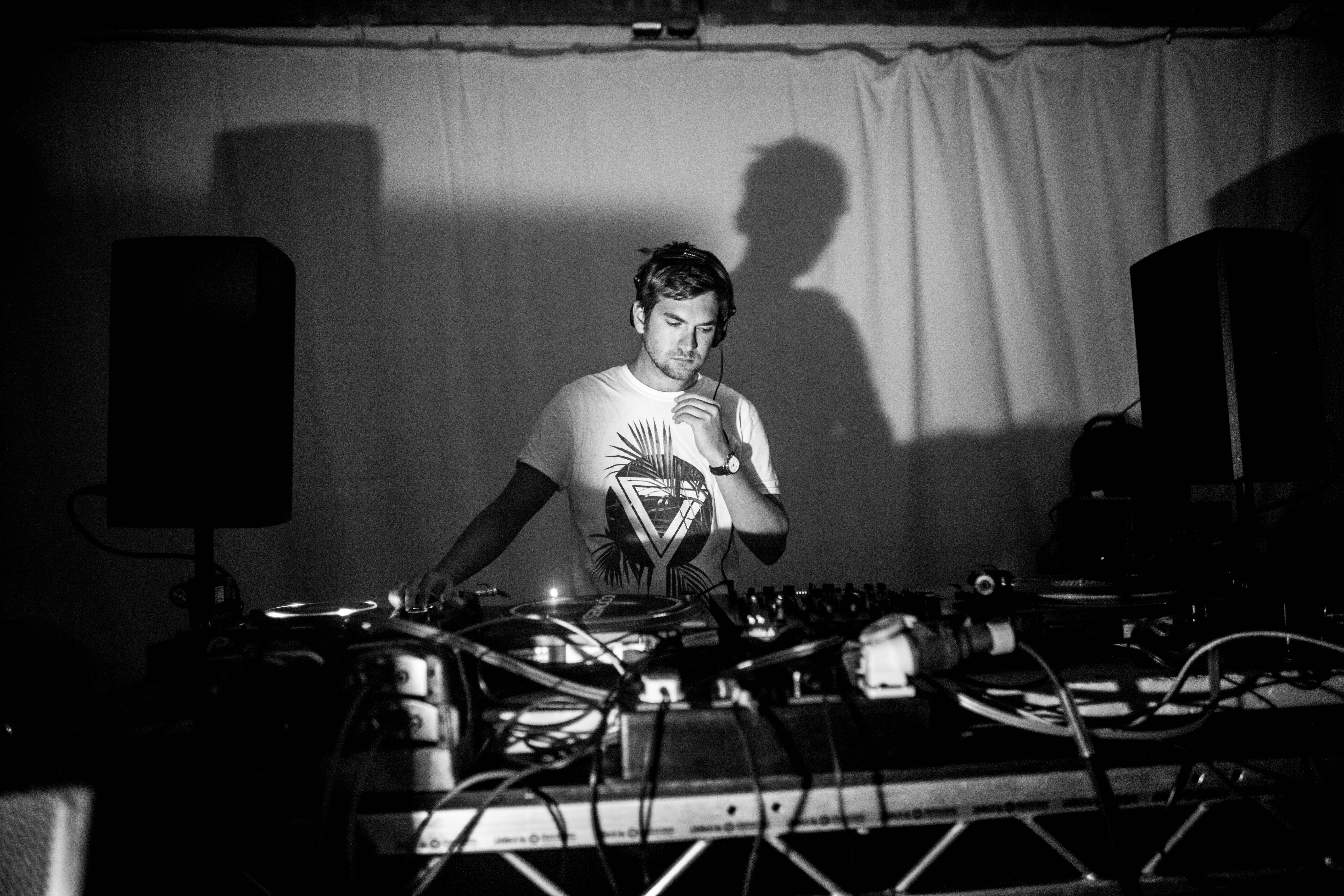 Simon Gold, aka Park Ranger, wears many hats. Not only is he an incredible and accomplished DJ, but he also works for multiple labels, manages Bicep and various other house heavyweights. He took some time to talk Brixton, summer festivals, the art behind DJing, and to send us a mix he’s made in anticipation of his appearance at Stop Making Sense Festival in Croatia next month. This mix is warm, ethereal, raw and eclectic – the sign of a true crate digger and general music connoisseur. Enjoy.

1. Where are you living now? In what ways are you currently inspired by the scene there and the cityscape itself?

I live in Brixton, South London. I was born south of the river and really haven’t moved away very far from my original family home. Brixton is a weird one and one that has changed and developed significantly over the last years and even noticeably in the past two. People now hear of Brixton for the market, village, live music scene, trendy bars and over priced flats. But this is all new. 5 or 6 years ago there were streets I wouldn’t walk down. Since then, though, the affluent have rolled in chasing cheap house prices. The Victoria line which can get you into central London in 10 mins (plus you always get a seat) – those factors plus many others have seen people flocking to Brixton to live and settle there which has in turn made landlords and estate agents greedy and now trying to charge ridiculous prices for scummy flats and rooms.

There has been a backlash from long standing residents who now can’t afford their rent although they have been there for generations. The Foxtons which has popped up on the highstreet gets graffiti scrolled on it regularly.

What this has lead to is now a distinct lack of Brixton nutters… I think they must have all been displaced further away. I once saw a man 3/4 naked doing the haka outside the Ritzy on a Monday morning at 9am. Not sure where they have been displaced to, but I reckon there are some odd balls in Catford.

There are some nice parties popping up in Brixton. The basement of Plan B is a great space. Parties there like Meet and Percolate towards Lough borough Junction are doing some nice things. Also the night Local and the Lambeth have some good bits coming up. There are a couple of Brixton labels too, the one which has been catching my attention is the Going Good label.

2. What have you been up to lately?

I have just got back from Glastonbury which was, I think, my 7th year – although this is the first year I got to play the festival. For me it is the daddy of all festivals. It’s bee going on for so long, so they have so much of the production and logistical sided sorted – like a well oiled machine – but it blows my mind every time. This year we warmed up the NYC Downlow on Saturday night before the Horse Meat Disco guys and Maurice Fulton for Bloc 9. The Downlow is a tribute to the hayday of the New York Disco golden era so we didn’t hold back with big diva vocals.

On the work side of things I work for a company and label called This Is Music. I manage Bicep of Feel My Bicep. [I’m working with] Blondes, who have just released their second album on RVNG, and I am also working with Medlar whose debut album is signed to Wolf music and should be out sometime in the autumn. Tensnake whose album has just been signed to Virgin, and Simian Mobile Disco, for whom I am label managing their Delicacies label.


3. I read that you “enjoy the challenge of warming up for artists across the musical spectrum and filling in the gaps between guests.” I’m intrigued by this wonderful statement. It is definitely a whole other art to warm up, fill gaps, or to close after a main act. What do you think makes a good “utility DJ”? What do you find most challenging about it?

It has really just come from playing at Corsica Studios many many times and it usually falls on the residents to start the evening off and therefore playing to an empty room and the bar staff for the few hours before we program to have our guests on. No one wants to walk in at 10pm and almost be put off taking to the dance floor because the music is too big and, in my eyes innappropriate, for that time when people want to come in and hang out, chat and have a few drinks. I enjoy setting the tone for an evening and building it from there. Sounds a bit cringe that…

I enjoy playing all occasions and always think that the music can set the mood for an event, whether that is playing a NYC disco-styled tent at a festival or bar with people just eating, drinking and socializing…also love a wedding set.
A good utility DJ is someone who can basically fill in the gaps!

4. I love how eclectic, raw and warm this mix is. Tell us a bit about it. Where and how was it recorded?

It was recorded at home using Vinyl and CDs. I always like to put some recognisable bits alongside some unknown stuff. Couple of records with small numbers of pressings, or records i have bought on discogs after months of waiting for a sensible price to come up. There are two tracks from the new Tief label (The Trouble Vision sister night) one from Sisterhood (the last track) and another forthcoming one by Johannes Volk. The label has a good few great releases coming through. The mix starts with disco and moves through some floaty house bits which reminds me of the last two years at SMS. Then a few house tunes before hinting towards techno. Music from all over the world: Detroit, Berlin, Norway, Paris, London and beyond.

Phonica in Soho London. I have been going there for long time now. They have their 10th Birthday coming up this year and big plans from what I hear. I often like to go in with something in mind but then ask the staff to recommend other bits. Some of the guys there have got to know my taste so are pretty good at recommending records I would like!

6. What can we expect next from Park Ranger?

Off to Tisno for Stop Making Sense Festival. Once back, Mr Solid Gold and I are heading for Beacons Festival then contemplating going back to Croatia in September