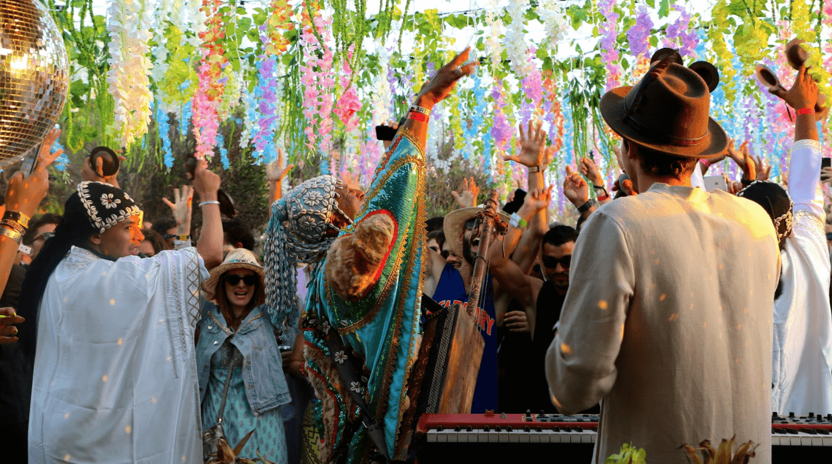 The Parallells duo are proud to launch their A Day In series with a fantastic first film from Essaouira in Morocco, during Moga Festival. The film features a new and exclusive track “A Day In Essaouira” which will be available for purchase on Bandcamp and profits will go to the Associations Yerma Gnaoua and Issaouas in order to help Moroccan traditional musicians and their families to overcome the CV19 crisis.

Julien and Thomas de Bie, former students of the Academy of Music, grew up influenced by jazz and classical music and are now underground electronic stalwarts who are based in Amsterdam. They perform at major festivals such around the globe, manage Klassified Records and the Klassified Music Festival and have just opened “The House of Klassified” in Amsterdam; a creative hub for their artists combining: studios, recording facilities, an art gallery and co-working spaces.

With this ambitious new project, Parallells have taken their musical venture even further by discovering different cultures, tribes and their specific sounds. This episode is the first one of the video series “A Day In” where Parallells translate, through field recordings, a specific culture, city or country. It is said that “Music is the universal language” and Parallells aims to show how it connects people as well as showing the world’s beauty and use music as a force for change. This video was filmed by friend Arnaud Moro who does a remarkable job of capturing the process through his lens.

This last October, Parallells, Maalem Omar Hayat and his crotales players performed a unique show combining Gnawa music infused with electronic music. It came about as an initiative from Moga Festival called Moga Creation. Creating bridges between tradition and modernity, perpetuating the heritage of Essaouira, a city of mixed cultures, highlighting local creativity and hospitality, this project is what Moga Creation aims for.

Parallells rehearsed in the middle of Essaouira’s Medina, in a sacred place where the synergies were shivering when electronic music met traditional Gnawa’s rhythm and culture. After 3 days together, they played this memorable live at Moga Festival, a performance forever engraved in many people’s hearts.

Gnawa culture is a centuries-old Moroccan practice rooted in African rituals, Sufi traditions and music played with the guenbri, a type of lute with three strings, and steel castanets called krakebs or crotales. Gnawa refers to a “set of musical productions, fraternal practices and therapeutic rituals where the secular mixes with the sacred”

Essaouira is an exceptional example of a late-18th-century fortified town, built according to the principles of contemporary European military architecture in a North African context. Since its foundation, it has been a major international trading seaport, linking Morocco and its Saharan hinterland with Europe and the rest of the world.

Maalam Omar Hayat is delighted with this collaboration with Julien and Thomas, because it perfectly reflects the cultural exchange between Gnaoua music and electronic music. It was a truly unique experience with, as a highlight, this superb live performed at Moga festival, which perfectly symbolizes this alliance. “Moga création”. It is the DNA of Moga festival and a great opportunity to represent these different worlds in the hope of future collaboration, because it was really magic.

This is a fantastic way to launch this new video series which will breakdown borders between music, culture and people all over the world. Watch out for the second episode which finds the pair immersing themselves in the Huichol culture in the Mexican mountains later this year.