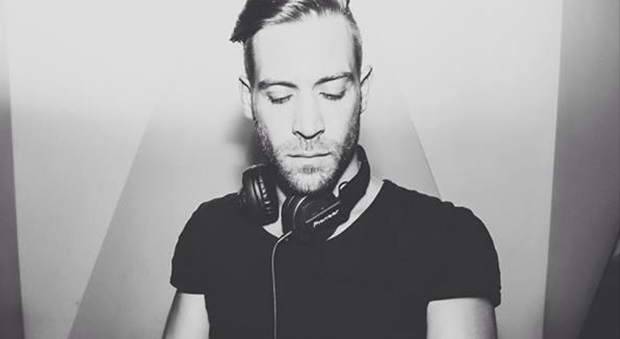 With the Burn looming on the horizon for many people, we enlisted Las Vegas-based artist and Burning Man veteran DJ — Brett Rubin — for this special Playa inspired )'(ometown Heroes episode.

On top of Brett’s busy DJ schedule, he spends endless hours in his production studio, building his armory and lighting up tracks. Music is 4 Lovers recently hosted a FREE DOWNLOAD from Brett–a deep Nancy Sinatra cut (perfect for a night out on the Playa). You can find two Brett Rubin remixes in his )'(ometown Heroes mix.

This year marks Brett’s 9th trip to Burning Man, and he has an array of gigs planned at some of the Playa’s greatest camps and art cars!

From inside the studio to underground desert parties to the snazzy Vegas club scene, Brett is continuously pushing limits and creating sparks from nothing. If you’re heading to Burning Man be sure to download this mix for the journey, and mark down “Brett Rubin” on your “DJs to See” list.

Check out the interview below to learn more about Brett.

How did you get into DJing? Can you pinpoint the exact moment you started down this path? Do you lean more towards house or more towards techno?
I started getting into the rave scene in the late 90s and going to cool desert parties in Arizona. After some time in the scene, I decided to throw my own rave in a warehouse in downtown Tucson in 1999. I lost some money, but learned a ton of valuable lessons that have stuck with me over all these years. The best thing I took away from it was the itch to start DJing! Within weeks of the party, I bought my own set of turntables. I was really bad at first but kept at it–it paid off. When I first started playing I gravitated to what was considered dark trance then, the Bedrock, Digweed kinda stuff; by today’s standards, I suppose it would be more progressive, progressive/tech. Being from Chicago it wasn’t long before I got into deep house and funky underground house. Over the last 16 years I’ve dabbled in a variety of electronic music, but have been primarily deep house and tech for the last 6 years or so.

How has the recent boom in independent house music and techno affected the parties in Las Vegas? How can the scene improve? Where do you see it going?
Vegas is a really tough market for underground music. I could write a whole novel on it. The short answer is we do have a small scene here and it can be a lot of fun, but the scene is too small to support big budget underground events. Some of the major venues have made attempts over the years at trying to do events in our world but they don’t usually work out in the long run. The biggest key to success in the underground in Vegas is longevity, if the venues continue these parties, there’s a chance that fans from around the world will respect the music scene in Vegas and come for the events. The problem is agents hear Vegas and see dollar signs and over-charge the venues for the artists making it very difficult to be profitable. If the venues put their foot down and stop paying such high rates, and the agents work with them, there’s a chance one of these parties can actually make it and we can continue to grow the scene. Unfortunately for us, I see Vegas moving back toward hip-hop and open format in a big way.

Tell us about Sundown. In what ways does the Sundown residency boost your career? What is the greatest lesson you’ve during your tenure?
Sundown has made this summer better! I’m grateful for the opportunity to share the stage with some amazing artists. Being a resident at Sundown has helped me to form a lot of good relationships with the artists, managers, agents and in a few cases the label A&Rs. So I think it has had a very positive impact on my career and what the future holds. I wouldn’t say I learned any big lessons; I guess always play your best because you never know who’s watching!

How much time do you spend in the studio? What things on your plate are you most excited about at the moment?
I’m in the studio every day working on music and/or studying production. It can be a bumpy road at first but if you put in the time, things start to come together. I’m at a very exciting time musically right now. I’m finally making the type of music that I want to be making.. I have a bunch of releases slated for Fall and I’m very excited to see where this journey takes me. I would say right now I’m putting in 50-70 hours a week in the studio, and under construction currently on a new space I’m going to move into. Most exciting upcoming gigs would be playing with Claude VonStroke, Shiba San and J.Phlip at Sundown this past weekend, Seth Troxler next week then of course Burning Man. This will be my 9th year on the playa. I typically tally about 30- 40 hours of play time per year–this year will be no exception. Monday 4:30-6pm at Distrikt is probably my biggest this time.

Briefly walk us through your to-do list this week in preparation for Burning Man.
My prep is pretty easy, I’ve been going so long I kinda have it down to a science. I brought my gas scooter in for service last week, so now I basically have to pack up my gear and hit the store for food and supplies. I try not to let it consume me, most of my prep will be in gathering as much good new music as possible so each of my 12 sets this year will be completely different. I’ve already sorted about 2 gigs of new jams this week.

Dream gig…
I’ve been fortunate in my career to play some pretty awesome shows and festivals. Getting a taste of the big stage has been amazing, but now it’s time to hopefully progress from being the opener to more prime slots. I saw once that Ferry Corsten hosted a stage at Tomorrow World where he tagged with every DJ on that stage then closed the stage out himself. Something like that would definitely be up my alley and a dream worth working towards.

What track is killing it during your sets right now?
I’m not sure if its a bad habit, slight ADD or what, but I tend not to repeat tracks too often. I always like to show up with all new ammo for every set. It keeps me on my toes and it’s also more fun for me that way. Once and a while, especially during a long set, I like to dig back to some older folders and pull out some past gems; or if I’m traveling a lot I’ll put some on repeat. I’ve also been incorporating my own productions into my sets, which is a nice change.

Tell us about your mix…
I had a lot of fun with this one! To me, podcasts aren’t just about a dance floor so it’s a different approach to mixing when you’re not concerned with how people will react. I kept this one pretty deep with a few peaks and valleys. With Burning Man on the brain, I definitely kept a desert vibe. I worked in an edit of the new Guy Gerber and Miss Kitten track where I spiced up the drums a bit. I also closed out with a remix I did for Wulfpack Records of Deep Tribe’s ‘Inside My Love;’ I recorded Rahmaan Philip on viola on this one and I’m super proud of it. It’s being released next month.. Hope you guys enjoy!

Drink of choice…
I’m a whiskey and beer guy.