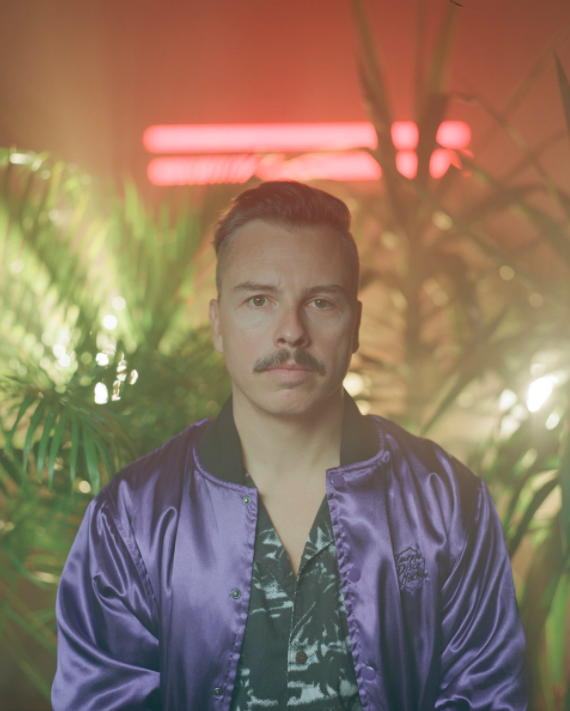 Diving in with a moody and driving club rendition of Purple Disco Machine and Sophie and the Giants’ single ‘In The Dark’, Oliver Heldens’ remix is all class. Injecting a euphoric energy with generous builds, before refocusing on the glorious bassline that becomes the heart and soul of the record. The stellar new remix hugely complements the original composition, with Heldens creating the ultimate dancefloor filler for years to come.

The thrilling remix follows on from the early success of ‘In The Dark’, which has already dominated airwaves across UK, Germany, Italy, Netherlands, Belgium, Poland and more, and as a result leaping up to #44 on the Global Shazam Chart. If the previous pairing of Purple Disco Machine, and Sophie and the Giants is anything to go by, expect to be hearing a lot more of this exquisite pairing as the single continues on its journey across the globe.

‘In The Dark’ follows on from a hugely successful 12 months for Purple Disco Machine, which saw the acclaimed producer release sophomore album ‘Exotica’, and the dancefloor dedicated counterpart ‘Club Exotica’. The studio album was an opportunity to pay homage to the 80s and the plethora of artists that inspired the Dresden native from his humble beginnings. The 14 track project featured international hits such as ‘Fireworks feat. Moss Kena & The Knocks’,‘Dopamine feat. Eyelar’, and ‘Hypnotized’ with Sophie and the Giants which hit over 350 million streams, #9 Global Shazam, and with UK radio support from tastemaker stations BBC Radio 1, Capital FM and Kiss Radio.

Purple Disco Machine and Sophie and the Giant’s ‘In The Dark (Oliver Heldens Remix) ’is out now, with the ‘Exotica Deluxe’ album out on Friday 4th March 2022 – pre-order HERE.