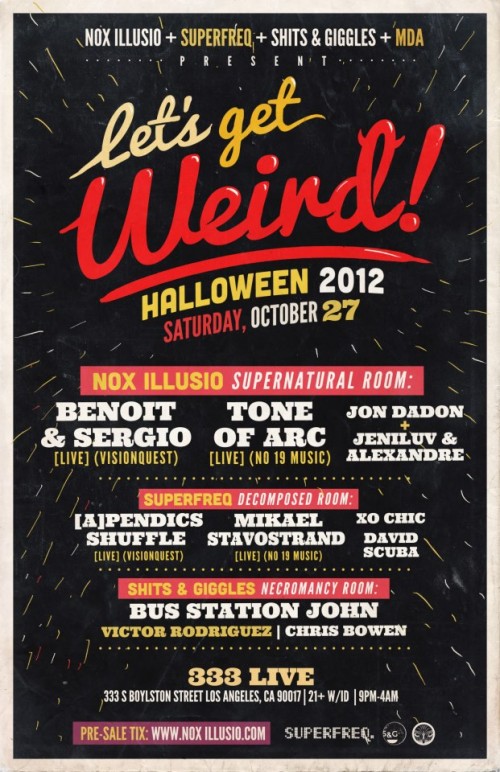 [Party] If you’re in the Southern California area and have yet to make plans for Halloween weekend, then look no further because Los Angeles has just the thing for you. L.A. promoters Nox Illusio, Superfreq, Modern Disco Ambassadors, and Shits & Giggles are all joining forces to present Let’s Get Weird on Oct. 27th.

Being held at Downtown L.A., the venue boast three separate rooms, each sponsored by a different promoter. Nox Illusio takes on the main Supernatural Room. With performances by Benoit & Sergio, Tone of Arc, and support from Lovelife/Music is 4 Lovers very own Jon Dadon plus Jeniluv & Alexandre, this is sure to be the highlight of the night.