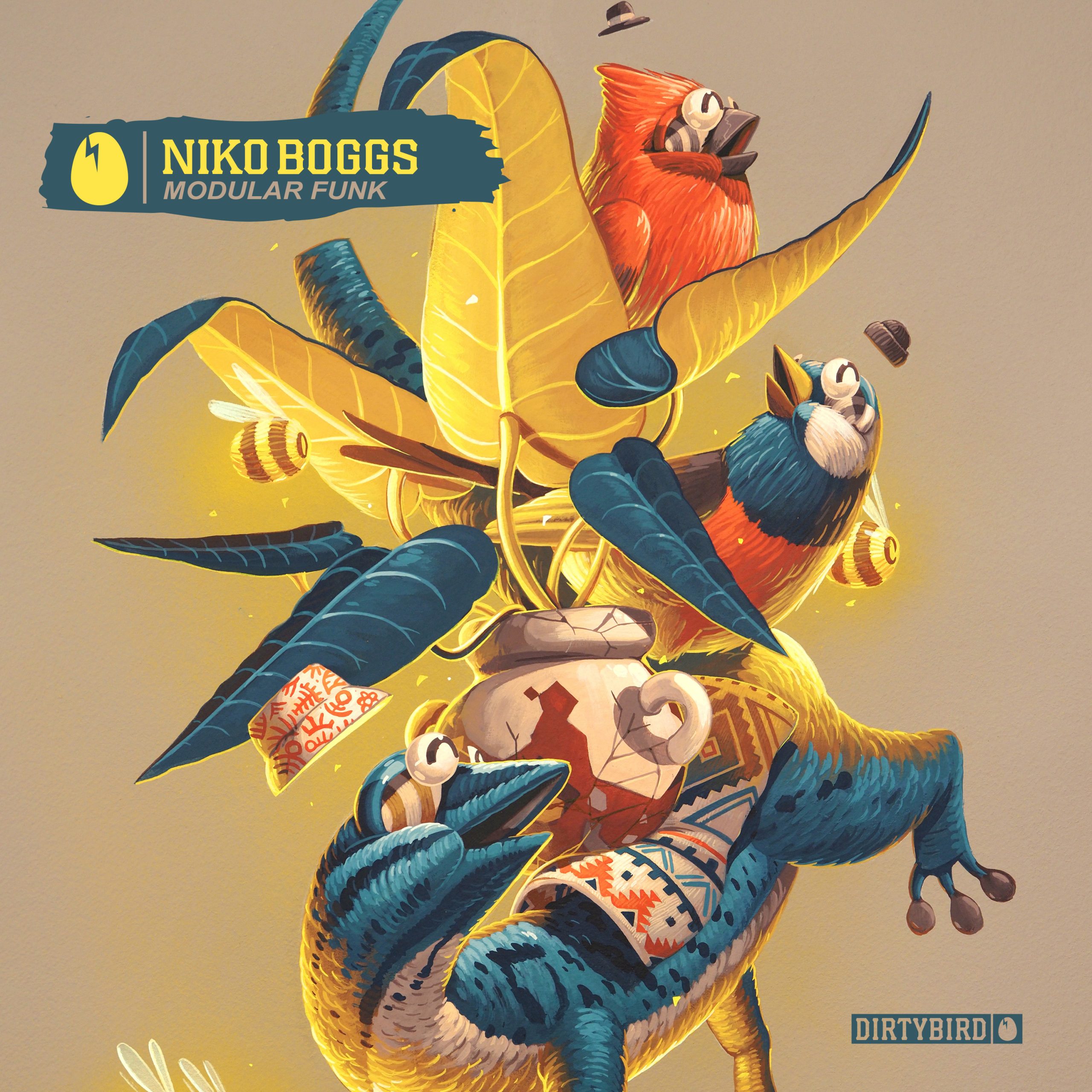 Serving as his first official career release, ‘Modular Funk’ is a standout addition to the Dirtybird catalog. A vibrant 6-minute cut, Niko Boggs’ debut is a groovy arrangement of modular synth loops and bouncy drum patterns. Overflowing with off-kilter accents and quirky bleeps and bloops, this delightful earworm is a surefire sign of a rising new star in the Dirtybird flock.

Inspired during the pandemic by fellow Dirtybird artist Lubelski’s production tutorials, Niko Boggs began exploring the world of modular house music, with ‘Modular Funk’ spearheading his new artistic project. A true sign of kismet, Dirtybird Records signed the unknown artist for an exclusive Birdfeed release. Quickly becoming a hit throughout Claude VonStroke’s ‘Your Dad Plays Great Music Tour’, ‘Modular Funk’ graduated to an official Dirtybird Records release, a befitting placement for the track that drew inspiration from the label from its inception.

Regarding the track, Niko Boggs said, “‘Modular Funk’ came about with me messing around with some trippy loops that I made with my modular synth. I chopped them up and laid them over some percussive elements and a hypnotic bassline that I had programmed. I decided to call it Modular Funk because even though the track was pretty percussive and dark, the modular bleeps and bloops that swoop in and out of the track add a weird/funky contrast to the overall vibe.”

Armenian-American producer/DJ Niko Boggs has quietly emerged as one of the most exciting new acts in the house scene with his debut release on Dirtybird. Before making the jump to producing in 2017, Niko honed his skills through years of DJing and learned how to distill the essence of house music within his own tracks. Having grown up on a steady diet of 80’s, 90’s, and 00’s classics, Niko represents a new generation of tech house artists reinvigorating the Los Angeles scene with his blend of spacey, slimy, and unrelentingly rhythmic grooves.