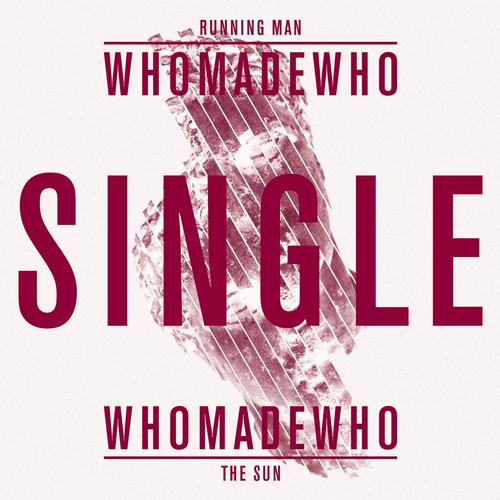 Whomadewho’s Brighter is a famously tight marvel of an album, brimming with heroic pop moments and poignant grooves for any club potatoe to savor. One of the very best tracks and a personal favorite of many a Kompakt staff member is undoubtably Running Man. It is no wonder then that we could gather a quite impressive collection of remixes, including a sweaty rework by French edit wizard Pilooski and a heavily bouncing mix by Catz ‘n Dogz and Martin Dawson (of King Roc fame). More dancefloor extravaganza comes from notorious Dave DK, whose prolific work ethic might very well mark him as the original running man, and WhoMadeWhos Tomas Barfod: the drummer once more shows his striking skillset when it comes to the analysis of a hookline, making his expertly sequenced arrangement a true monster of a club anthem. Together with the original version of Running Man, we also included the radio edit of The Sun… because thats how good it is.