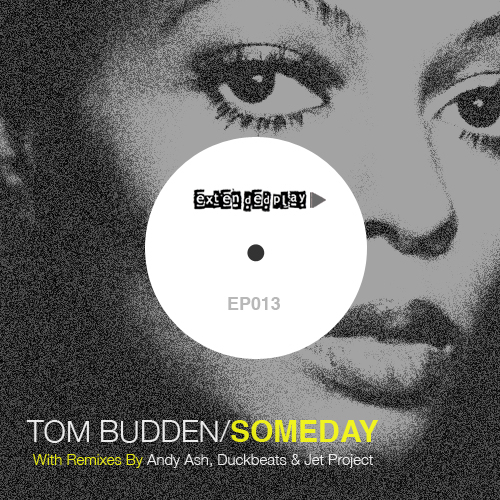 [New Release] Tom Budden is one of the few leaders of the new school who can boast, at the tender age of 17 1/2 to own a successful record label (Alive Recordings), promote and take the helm of his own club night, with music, dancing and the occasional buffet, as well as being the CEO of globally recognized and lucrative teapot maker, Boden. The first and title track on this EP, produced by Budden for Extended Play records, is laced in cowbell goodness and sets a high bar for the remixers. First up on remix duties is Andy Ash who’s brought some raw, sample-House ethic here, taking the original bits into the deep 8bit circuitry of the SP and spitting out a roughed up dub. The obligatory Jet Project & Duckbeats versions follow, with JP laying out a typically slamming dancefloor piece, taking it’s cue from the mid-90’s vibe of the original, swinging up the groove and reinforcing the sonics for 21st century consumption. Duckbeats pitches things down and amps up the atmospherics with the addition of some soaring strings and vocal snippets for a sweaty and decidedly early hours workout. Finally Tom delivers an end of night interpretation, that plunges the original into a bath of drug fluffed cotton wool, just for the hell of it.

We’ve also included one of Tom Budden’s latest mixes. Check it out and download it for free. Just a little mix he did last week a few weeks ago.