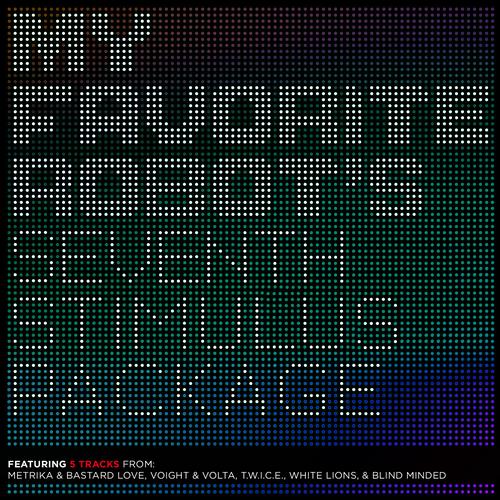 Over the last three years, whilst economic leaders and bank governors have struggled to get to grips with the unfolding fiscal challenges that have arisen globally, a trio of Canadian robots has been tirelessly working on their own form of quantitative easing. Since early 2009 James Teej, Jared Simms & Voytek Korab, collectively known as My Favorite Robot, have been releasing collected works from some of the hottest producers around on their eponymously titled label. The ‘Stimulus Packages’ have seen an eclectic musical mix featuring contributions from the likes of Kenny Glasgow, Nitin, Phonogenic & The Model to name just a few. They have provided a regular accompaniment to the labels artist focused singles and albums and have received broad critical acclaim and DJ support.