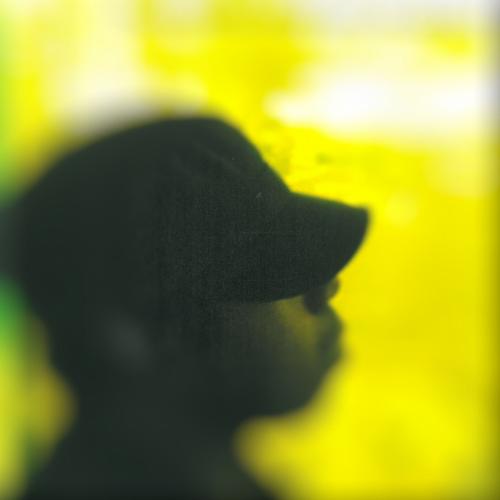 [New Release] Fred P, also known as Black Jazz Consortium, is a New York native and longtime DJ, whose sounds are blatantly soul-filled, audible emotions. Released on his own Soul People Music label, The Incredible Adventures of Captain P is a diverse collection of original tracks and Fred’s own reshapes that range from deep house, to experimental lounge, to break beat.  The album reflects the depth of an artist unapologetically passionate about his craft.  Fred P has worked closely with fellow New York house legends such as Jus Ed and DJ Qu, often linking up via Jus Ed’s famous imprint Underground Quality. I caught up with Fred P online for a little dish on the new album, his influences and how his work breathes so deeply.

First, check the album out and buy it HERE

In Between Gates by Black Jazz Consortium

How did you get started and what about the New York cityscape is infused into your music?

I guess it started when I was a kid in my room attempting to make the sounds I heard on records (banging on stuff) at the time, mainly drums. New York is my home. I grew up in Flatbush, Brookyln, which was, and is, a melting pot of cultures. Everything from rock to pop, soul, funk, jazz, Caribbean and of course hip-hop. I am not sure how much of that is in [the album]; I don’t hear it the same way as the listener but all those sounds are part of my upbringing.

Soul is really an understatement in describing your style and sound, and as someone who only had a brief encounter with the city, I’m really curious as to what particular details of the city influenced that sound.

Not really the city I would say. No matter where you are, there you are you. It’s more about how I feel being true to that that shapes and influences the sound. Not like “I am sad, let me make something that sounds sad or otherwise.” No, not at all. It’s more like I am in this state, can I translate that honestly. That approach, for me, is where I am able to be open and let go of things.

How long did it take you to shape and complete the new album?

It was an idea for a couple years but once I got rolling, only a couple of months. It came out of my library. I have been making tracks for it for a while, just not all at once. I would do something, then work on other projects, come back from tour and do something else. It got to a point where I had enough material for 3 LP’s but I got it down to a CD version, Digital version and a couple Remixes released on vinyl. 22 tracks in all now available digitally.

Have you played any tracks from the album out? Obviously not all of them are club/party appropriate but what tracks have garnered the best reactions out at the parties you’ve played recently?

Yes I have, which is not common for me. I have a hard time playing my own tracks. It gets to be very emotional for me. Come This Far the reshape is a tear jerker, very difficult to play in front of people. The crowd seems to like that one as well. I finished with it several times. Very emotional. The best reaction was in Milan (Italy) New Years Eve. I closed my set by letting it play out; it was difficult to hold back the tears. Somewhere is another one that does that as well. It is just the personal nature of the project. This music is part of who I am. Sharing it with the world is big deal for me. When the listener hears it, it’s the present for them but for me it’s my past and what went into it. Writing it is more of a future thing. So you have these different spaces in time—very special when you take a look at it. I am grateful for the opportunity to express and share that with the world.

Anything else you’d like people to know about your music? What should we look out for from your label?

Be on the look out for soulpeoplemusic.net where soul people music radio will be streaming 24/7. Also news on new artists and releases on Soul People Music. Plus, check out FP’s new projects and party with JD in NYC C.O.M.E. (Cosmic Organisms Manifest Energy). I just want to thank each and every one of you that has ever brought one of my records/CD’s, downloaded any of my music, listened to any episodes of my show (Soul People Music Radio), collected any of the many podcast that I have done over the years. I am humbled and grateful that you would take the time to listen to what I have to say as a artist and a DJ. I hope to see you soon in a city/country near you soon. Looking Forward….