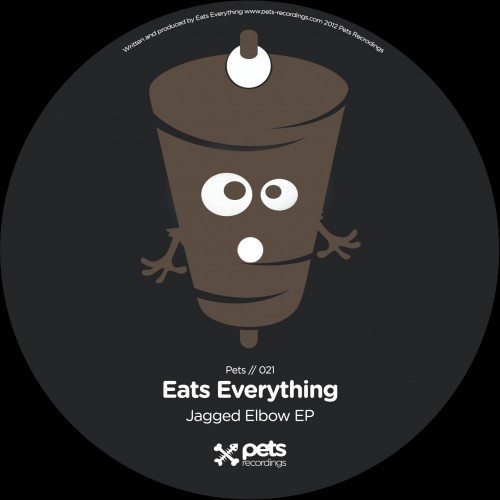 [New Release] Bristol based DJ and producer Eats Everything exploded onto the scene with his release of “Entrance Song” on Pets Recordings last year. Since then he’s joined forces with the likes of Claude VonStroke for his “Hatched” compilation and released remixes on imprints such as Leftroom, Futureboogie, and Hypercolour, just to name a few. And todays release of his new EP, “Jagged Elbow,” sees his return to Pets Recordings.

The record opens up with “Jagged Edge” and there’s really no other way to describe it other than huge. Massive. One friend called it gangster, and somehow that makes sense. The bouncing bass line and vocal duet were enough to make this an intense cut, but add on top of that unexpected guitar licks and a break that could easily cause some heads to explode when played live, and “Edge” becomes a beast of a track.

Showing his range of production talent with B-side “This Elbow” Eats Everything tones it down, getting a little dark and techy. While the opening track is perfect for peak hours of the night, “This Elbow,” with its low-end, subtle bass, sweeping echos, and old-school percussion, flips the switch, making it a perfect after-hours track.

“Jagged Elbow” is out today exclusively on Beatport, but be forewarned, it’s not for the weak-hearted.