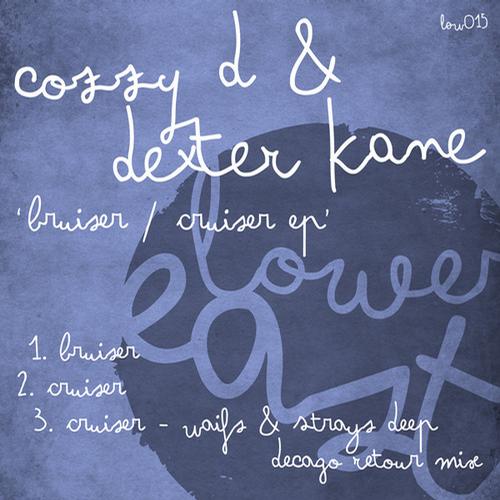 [New Release] Long time friends and 2 thirds of the Lower East team: Cozzy D and Dexter Kane have come together with a two track single: Bruiser / Cruiser. Cozzy D is one of London’s fast rising underground talents, who over the past few years has become a firm fixture and much loved DJ on the London scene as well an immensely prolific producer with a string of chart-topping releases both as a solo artist and as one half of duo D DUB. Dexter Kane is the third project from DJ/Producer/Engineer Ed Kane. Ed has worked in the music industry his entire adult life. A back catalogue full of big records and several full passports later, Dexter Kane is hotly tipped to continue where Kanio left off, albeit with markedly deeper undertones.

Also included on this release for the remix of ‘Cruiser’ are Bristolian duo Waifs & Strays. Both veterans of the dance music scene in their own right, the last year or so has seen this new collaboration go from birth to critical acclaim with tracks signed to the likes of Leftroom, Get Physical, Hot Creations and Futureboogie.

Deep house with an electronic soul is the name of the game for this release, a must for any early hour session worth it’s salt. – Lower East