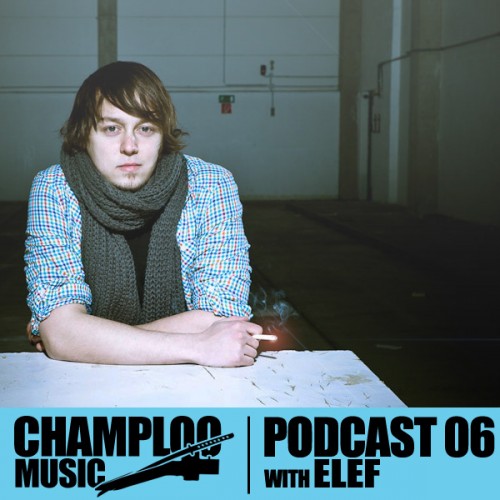 [New Mix] Brand new from the Champloo Music Podcast series is their 6th episode with  Eleftherios Kousakis aka Elef.

Elef, born 1988 in the heart of the german Ruhrarea was always addicted to music. By his father he got early in touch with House- and Dancemusic, strongly influenced by Chicago and Detroit Sounds. Meanwhile Elef is based in world’s music city Berlin and is known in the global house scene for his particular style of synth based and motor city flavoured house music.

Elef’s homebase for his musical output is the Berlin based imprint DIRT CREW RECORDINGS. His ep’s on Dirt Crew “pardon” and “keep it physical” were highly sucsessful as well as his guest ep’s on labels like Fresh Meat Records, Consistent and Hypercolour Recordings. His tracks were charted and played across the board by the likes of Laurant Garnier, youANDme, Robert Owens, Axel Boman, Osunlade, Brother’s vibe, to name just a few.