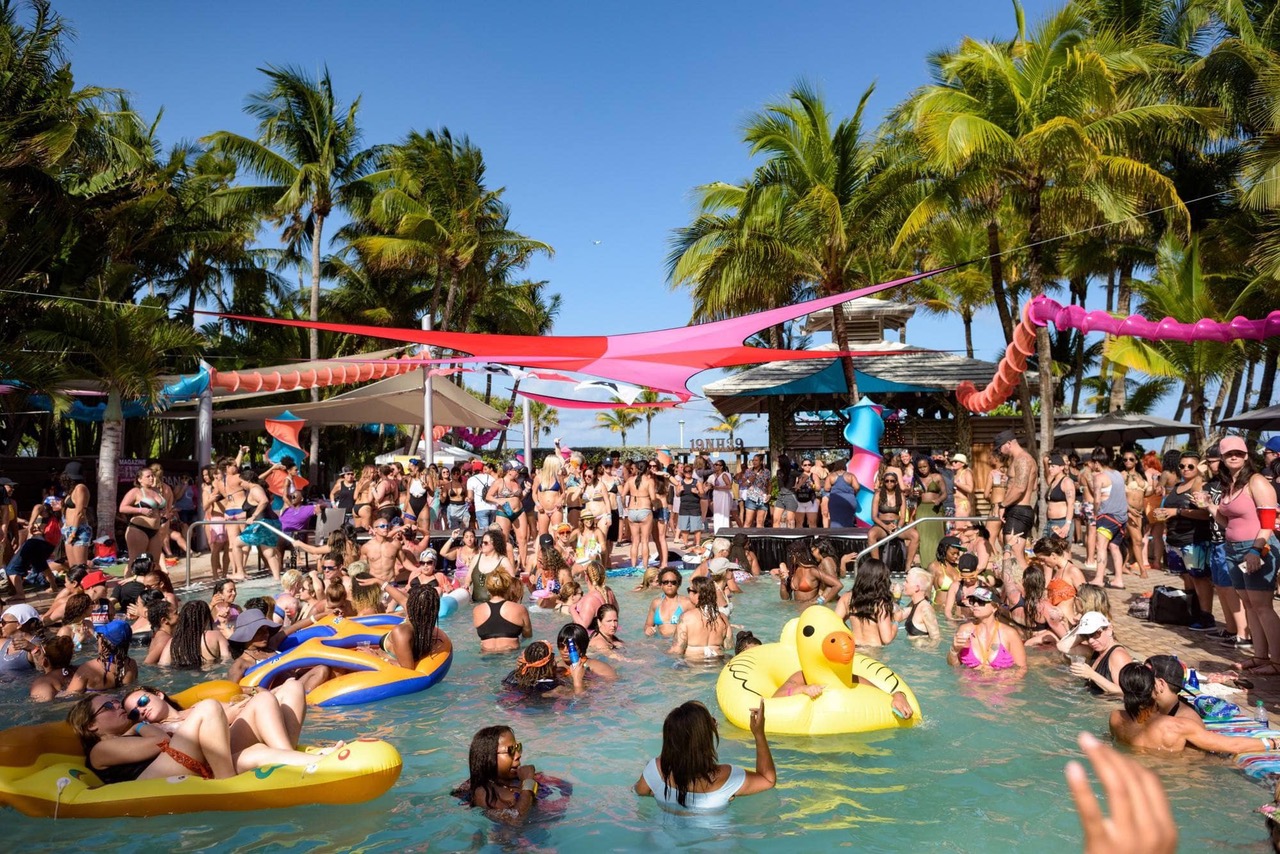 Seven Lines Group has established itself as a team who go the extra mile and focus on quality, on details and depth of experience. Their events are always built on real substance and they are involved with quality outfits like Descend Records and Events, National Hotel MMW Pool Parties, Trade Nightclub MMW Parties and their own 360 degree event and artist brand. They now put all their combine 25+ years of experience together for this tasteful selection of exclusive and exciting events during this year’s Miami Music Week.

The night after on Thursday March 28th, MK returns with Area 10 following his sold out pool party last year with a huge line-up as well as some super special guests who are yet to be announced. The Detroit house don always brings the vibes and in 2019 will do so again with close associates Lee Foss from Hot Creations, Defected’s Franky Ricardo, tech house tastemaker Detlef, plus other hot names like Weiss, Anthony Attalla, Carabetta & Doons.

The riotous, crowd rocking Chuckie & Friends Pool Party heads up things on Friday March 29th with his friends EDX, Croatia Squad and plenty more treats who will be named nearer the time, so expect the unexpected for another non stop day of blistering action.

On Saturday, get ready for Armada’s biggest lineup ever at Miami Music Week and move fast for tickets as most are sold out. It’s no surprise when you see the line-up that features house superstars such as Arty, Goldfish, Morgan Page, Sultan + Shepard, Zack Martino, Rodg, and even more super special guests who will all play all day long under the warming rays.

Last of all on Sunday March 31st, get ready for Ibiza super brand ANTS bring a monstrous line-up and series of special back to back sets that is sure to be one of the most rare and exclusive parties of the week. Representing their forward looking tech house sound will be masters of their craft Davide Squillace b2b Turbo boss Tiga, Chicago house legend DJ Sneak b2b Fransisco Allendes, German studio wizard Martin Buttrich b2b Lauren Lane, Moon Harbour head honcho Matthias Tanzmann b2b Dennis Ferrer and then VIVA Warriors founder Steve Lawler and ALX closing out this most comprehensive line-up.