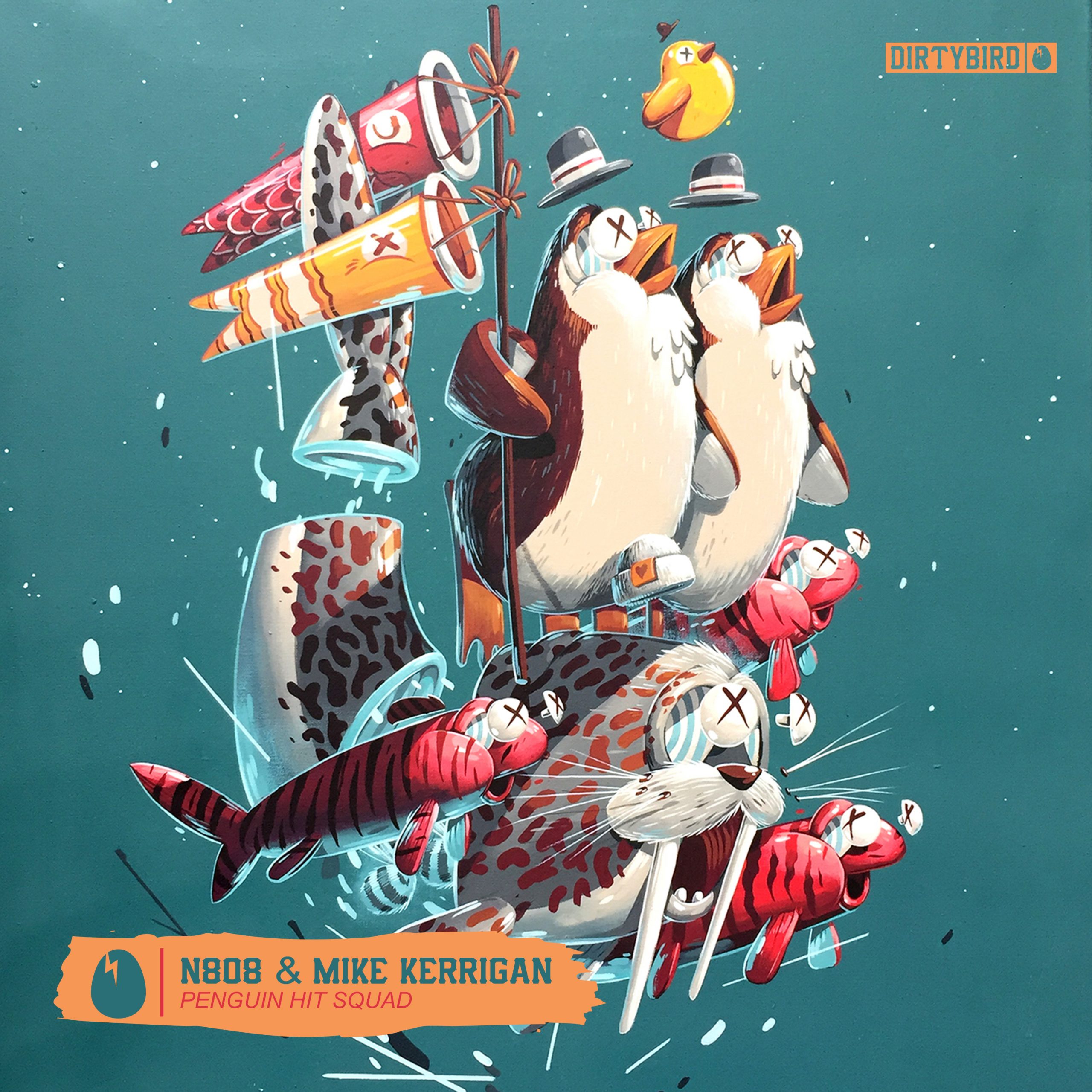 N808 and Mike Kerrigan team up for a new collaboration ‘Penguin Hit Squad’, out now via Dirtybird.

Regarding the track, Mike Kerrigan said, “Almost every time Nate and I get in the studio together, we tend to make something goofy and weird. This track started by us imagining ourselves surrounded by penguins with weapons.”

N808 added, “Mike is one of the few people I really love getting in the studio with. We tend to temper each other’s more insane impulses but this particular night in the studio we kind of just let loose. Between my knack for bass sound design and Mike’s knack for wonky melodies combined with honesty in the studio this really feels like a true collaboration.”

The pair of San Francisco-based producers have a longstanding history with Dirtybird that made their collaboration a no-brainer. N808 first appeared on the label’s 2018 ‘Campout West Compilation’, with Mike Kerrigan making his impression during the pandemic, which led to his Claude VonStroke assisted ‘I Caught A Vibe’ off the 2020 ‘Couchout Compilation’. N808 and Mike Kerrigan will make their debut with a joint set at Dirtybird Campout this October.