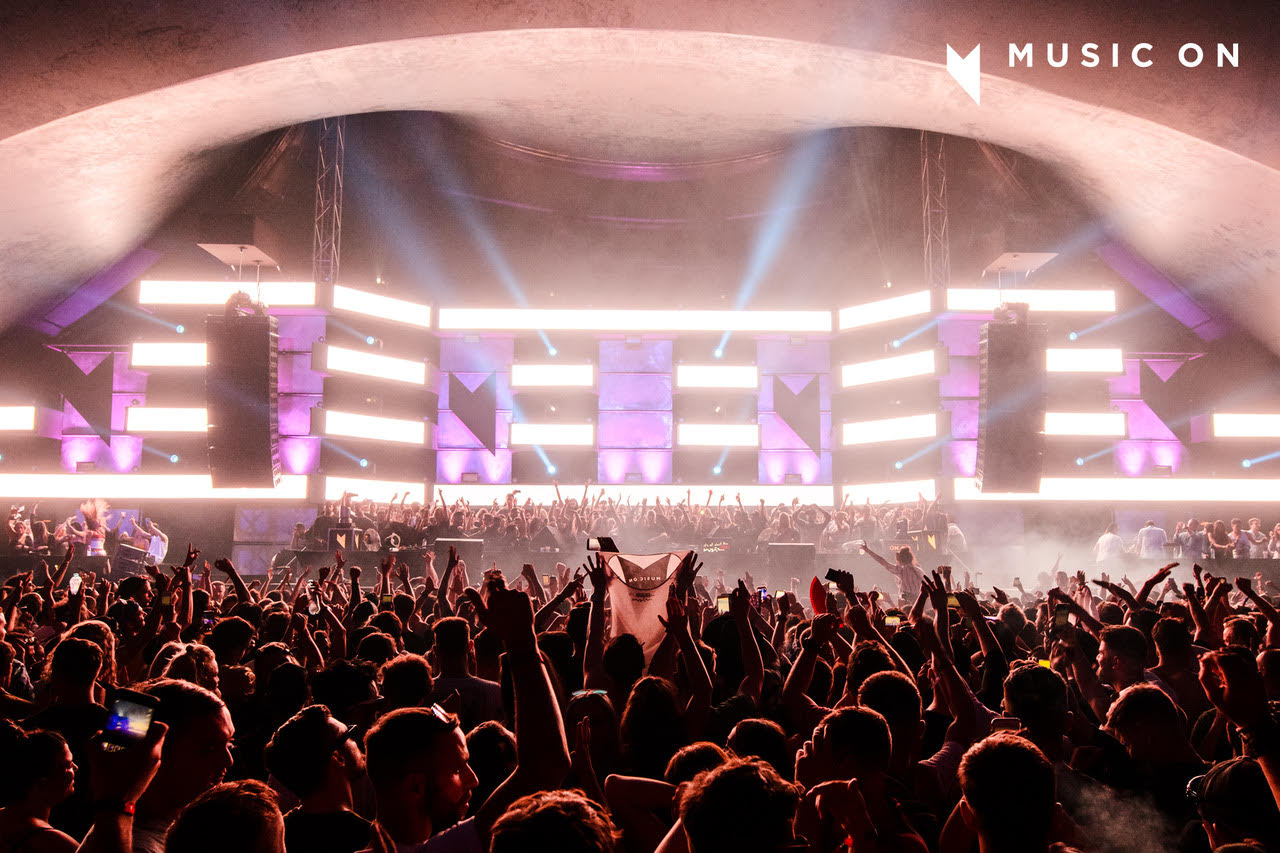 The festival in Amsterdam will be preceded by shows in London, New York, Miami, Detroit, Las Vegas, and afterwards Music On will head to Ibiza for its 8th annual residency.

After the festival came home to the futuristic urban green area ‘Havenpark’ in 2018, the site will again lend its distinctive views to this years event. The natural enclave, dominated by the immense and dazzling windmills, became an overnight crowd favourite because of its accessibility and spacious landscape.

Music On was founded by Marco Carola to let the music speak for the experience, instead of deluding visitors to hollow phrases and overhyped artists. It meant a landmark change for the nightlife in Ibiza. He will be joined by Hot Creations’ founder Jamie Jones who’s signature sound has influenced many new acts on his label. The entertaining Martinez Brothers are among the most recognizable Music On Residents with their energetic blend of house and techno. And to finish off the first row of label managing guests is Desolat’s captain Loco Dice. We can only hope that he will continue his series of bass driven sets at Music On Festival.

The Amsterdam based Music On Festival became an almost overnight success when its premier edition in 2017 united fashion addicts with a love for quality techno music. The balearic experience was made complete by the arena like stage and the amazing weather that has stayed with the festival since.

May 11th and 12th at the Havenpark – Amsterdam. Tickets are available at: musiconfestival.nl/tickets