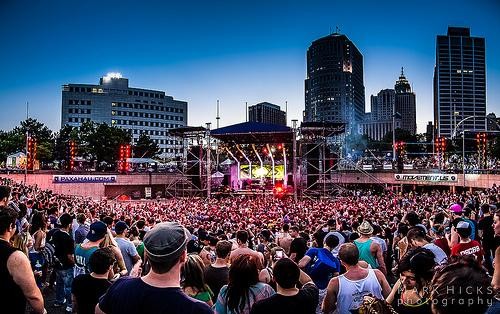 Motown’s Movement festival have revealed the second of three lineup announcements, and it speaks to the aficionados and the amateurs alike. Surely the organizers are used to the backlash by now that comes with the territory of trying to please everybody, but perhaps the event’s biggest critique is also its greatest achievement. Defying divisions allows the festival to reach a much greater audience, and to expose those less in-the-know to some of the biggest artists of our scene today, as well as those who helped establish it. For anyone who attends, Movement is a three-day schooling on electronic music directly from the source of so many of its sounds.

Always spotlighting some of the city’s own homegrown talent, Phase 2 includes the addition of laudable locals Andrés, Malik Alston, Robert Hood, Kevin Saunderson and his son Dantiez Saunderson, amongst others. We are very excited to congratulate our friends Golf Clap, who also made it onto this year’s roster! Acclaimed Culprits Adriatique, British house duo Bicep, and Kompakt captain Michael Mayer will be performing, as will Moon Boots and Perseus, both of French Express fame. After playing one of the most highly regarded sets of last year as Maetrik, Eric Estornel is back this year under his Maceo Plex moniker. Other notable additions include Daniel Avery, Jamie XX, Marco Carola, Martin Buttrich, Move D, Tiga and tINI.

Whether you wear your kandy loud and proud or pride yourself on being a purist, Paxahau wants you to find your fix and feel at home in Hart Plaza this and every Memorial Day weekend. With 36 hours of music programming across five stages, it’s ok not to know and love every artist on the bill. In fact, it would seem, that’s almost the point.