Movement 2016 Phase One lineup is here! 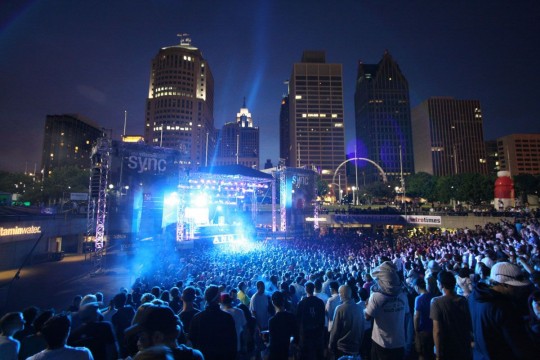 To be or not to be? To LIB or to MOV is what I think Shakespeare meant to say. Movement Electronic Festival just announced the phase one lineup of their 2016 event being held at the Hart Plaza in Detroit MI, Memorial Day weekend, Saturday May 28 through Monday the 30th. Celebrating their 10th anniversary, you can guarantee the Paxahau team are going to go bigger than ever and turn the riverfront venue into a music utopia. Pumping music out of a whopping six outdoor stages, an interactive technology center and several art displays, we’ll see if they can top last year’s record attendance of over 111,000 attendees; people coming from around the world to bond over the love of music.

With the likes of Kraftwerk 3D, GETREAL duo Green Velvet and Claude Vonstroke, Art Department and Andrei Morant, legend John Digweed and Dirtbird’s own Justin Martin and J Philip, who have been blowing up the music scene this past year with their ridiculously attractive tech-house beats, this party is not one to miss! With all this excitement over the phase one line up, the anticipation will have to carry on until more artists are announced soon. Let the Facebook comments go to war as to which event to attend this Memorial Day Weekend!

Be sure to check out their event page