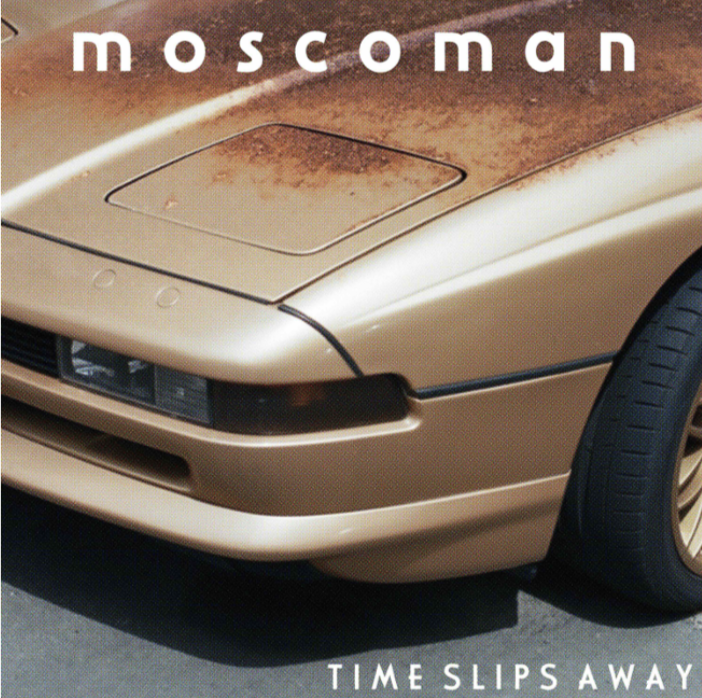 Channeling what Moscoman describes as ‘happy sad’, Time Slips Away is inspired by the highs and lows of touring life – the amazing gigs vs the shitty ones, plus the opportunity to see the world vs the hectic traveling schedules and lack of sleep.

A twelve-track release, the LP opens with the title track. Underpinned by repetitive melodies, it makes way for the infectious synth-pop of single ‘What Do We Care’, featuring the vocals of Tom Sanders of English indie-pop group Teleman. It’s one of three singles on the album, alongside the ethereal ‘Myths Still Exist’, featuring UK singer-songwriter Niki Kini, and the 80s-inspired ‘Eyes Wide Strut’, featuring London-based duo Wooze. Wooze feature again on Israeli rock cut ‘Natural Born Losers’, while there are further contributions from Vanity Fairy on ‘Turning Tides’ and Nuphar on the album’s closer ‘Golden Hour’.

Born Chen Moscovici, Moscoman spent most of his life in Tel Aviv and released on labels such as Because, City Slang, Life & Death and Diynamic, but it was a move back to Berlin a couple of years ago which really pushed things forward. “It was a great place to step back and overlook my whole life,” he explains. “I didn’t have time before to sit down and think where I was going. Now I see the wider picture.” Time Slips Away is his second studio album, following 2016’s A Shot In The Light.

A diverse collection of tracks that cover an array of genres and feature a number of different vocalists, Time Slips Away is Moscoman’s most accomplished work yet.