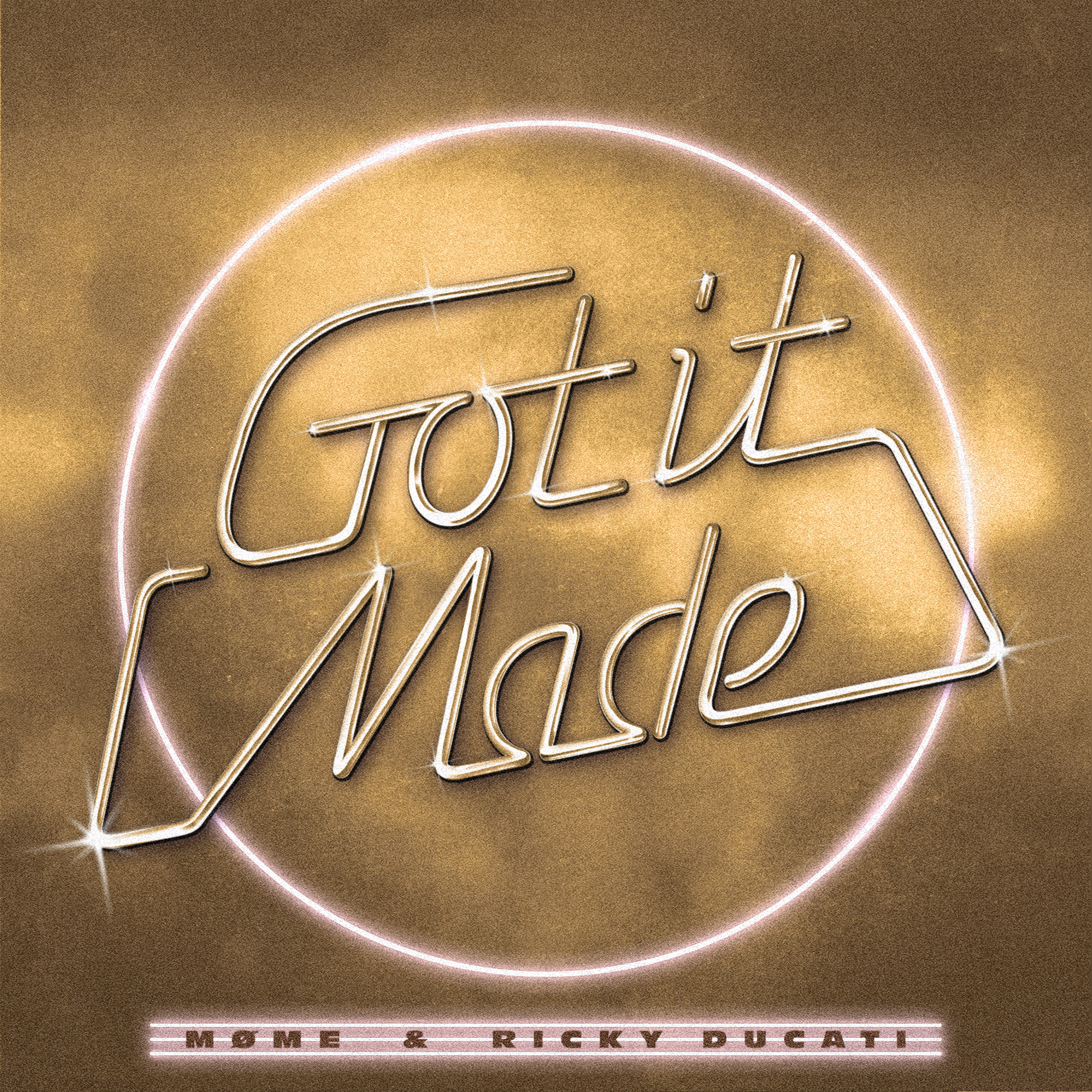 French producer Møme (Jérémy Souillart) and prolific L.A.-based Canadian Ricky Ducati (Midnight to Monaco) team up once again to deliver a sophisticated slice of feel good summer pop with the arrival of ‘Got It Made‘, lifted from the duo’s forthcoming debut album ‘Flashback FM‘ due early 2021. Ducati featured on Møme’s 2018 certified gold hit ‘Sail Away’ with +15M steams worldwide, lauded by Billboard as ‘inspirational and upbeat’. The pair’s symbiotic chemistry was hard to ignore.

Drawing on a myriad on influences from disco, French Touch, retro-wave and pop, ‘Flashback FM‘ is a homage to the past, a glorious kaleidoscopic trip back in time through the halcyon musical lineage of the 70’s, 80’s and 90’s.

Music for Jérémy is a passion that nourishes his ambition to produce. After making it big with his hit “Aloha” (+200M streams, triple diamond), the artist gained a following both in France and international with his first album “Panorama” (gold record) in 2016. He then released several EPs written during his travels and played numerous shows around the world, performing live at major French music festivals, culminating at cornerstone Olympia in Paris.

‘Flashback FM‘ is new direction for Møme, artistically speaking. This time, it’s the sun of the City Of Angels and its many inspirations (Kraftwerk, Alan Parsons Project), which acts as the impetus behind his trip to the past with ‘Flashback FM’, an imaginary radio station – and perhaps an (in)voluntary wink at Flash FM, the famous radio from GTA Vice City. A trip taken with Ricky Ducati (managed by Future Classic) who has lived in the city for over ten years and became known as the voice behind the group, whose singles caught the eye of Billboard, The Line of Best Fit, Wonderland & Vice. Ricky’s love for the French Touch and filtered house, also takes inspiration from Barry Gibb, Brian Wilson and Jeff Lynne.

Attracted by the imperfect music of an era when the computer had not yet taken over, the Franco-Canadian duo sees ‘Flashback FM‘ as a living, old-school album with an
unabashedly modern sound. A collection of various electronic tunes, with an eye on the rearview mirror while continuing to speed straight ahead.

With its Daft Punk-esque filters of the ‘Discovery’ period, and its intelligent winks to disco, funk, electro, punk, rock West Coast and French touch, ‘Flashback FM‘ brings together everything a dance floor can generate in terms of positive energy.

Welcome to the time capsule playlist of the future!

“For us, Got it made and the Flashback FM album is a time travel to the 70/80’s Los Angeles. We would have loved to know California at this time and imagined – Got It Made – driving down Hollywood at 4pm when the sun starts going down”. – Møme & Ricky Ducati