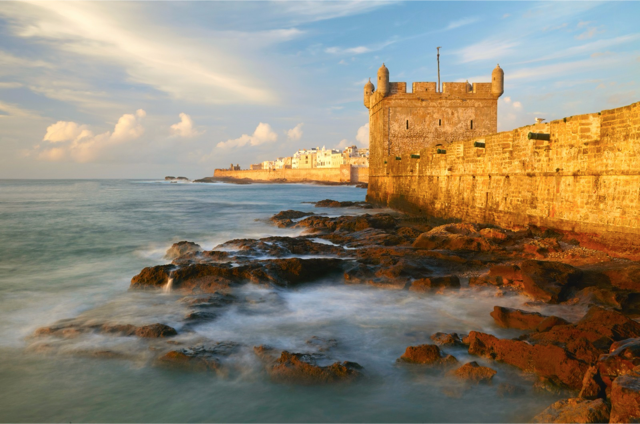 Moga Festival 2018 is set for October 12th, 13th, and 14th and once again returns to the beautiful Essaouira in Morocco, a UNESCO World Heritage site, and also the filming location of “The Red City” from the Game of Thrones TV series.

It is there that you are invited to experience a unique mix of culture and music in a breathtaking setting by the sea, all with a world-class soundtrack that features latest additions like Habibi Funk, Gescu, Guy Gerber, Salome, Sepp, Lunar Disco and Bas Ibellini on top of the likes of already announced names Acid Pauli, Agoria, Maher Daniel, Nitin, Nico Stojan, Jan Blomqvist and plenty of others.

For three days, fans of tasteful electronic sounds and followers of underground electronic culture will soak up the unique atmosphere of the ancient city of Mogador in the aptly named Essaouira. The setting is a blissful one by the sea, with grand old architecture, hot sun and local cuisines, culture and colour, all making it a one-of-a-kind experience.

The events will all take place in cultural and historical venues across the city and for its 2018 edition, Moga Festival will again present the avant-garde of the international scene and Moroccan scenes, for afternoons and evenings of magical concerts. The Sofitel Mogador Essaouira will be the central and main venue of the Moga Festival, however in addition to the official programme at the Sofitel, other hotspots will also be offered to festival-goers such as Ocean Vagabond, Taros Café, Beach & Friends, MegaLoft by Othmanchic and many other places.

These latest additions include Habibi Funk from Jakarta Records who are known for mixing Arabic funk, jazz and other organic sounds from the 1970s and 1980s, Bas Ibellini, a London based artist signed to Tuskegee and Crosstown Rebels and founder of the Peculiar party, plus Rumors Ibiza party founder and emotional house and techno artist Guy Gerber, and cult Romanian minimalists Sepp and Gescu, amongst a wealth of other stars from an array of worldly genres.