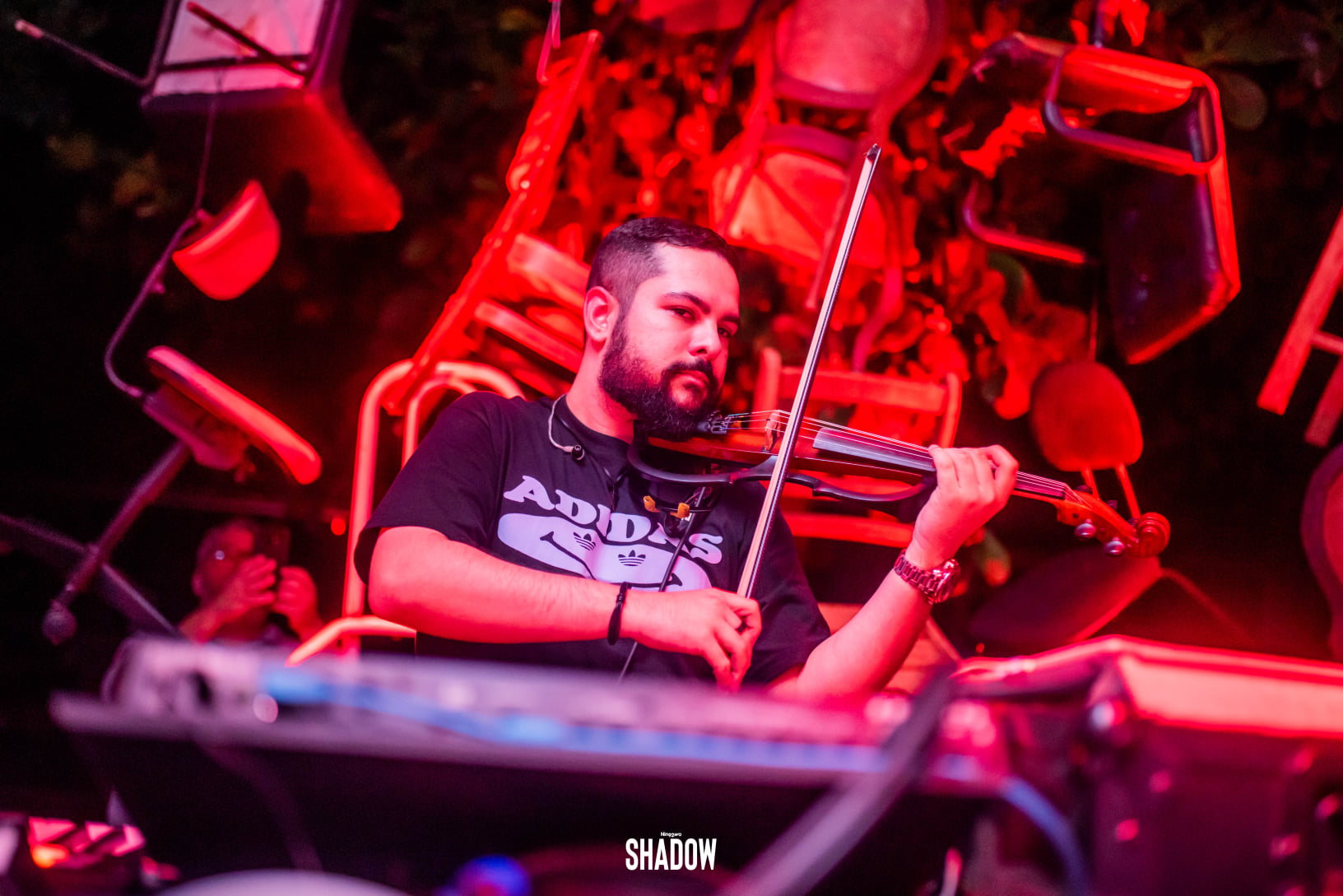 With an energetic, acid and hard-driven live performance, the Brazilian producer flirts with the densest textures of Techno from a beautiful background

Before learning to read and write, Luiz Fernando Ribeiro was already playing the violin. The Brazilian spent years in contact and development with the instrument, which led him to join the Orquestra Sinfônica Jovem de Goiás (a state located in the Midwest of Brazil) between 2010 and 2013. At the same time, since 2011, the young DJ also took his first steps into electronic music.

Between 2013 and 2014, Luiz has developed as a music producer and, at the same time, expanded his contact with alternative electronic music, while two years later, he would establish LuizFribs’ artistic alter ego to flirt with the denser textures of Techno.

Facing his experience as a selector, music producer and violinist, Fribs naturally developed a soundscape that receives influences from 80’s Synthpop and 199’s Trance to converge in a completely unique dive into electronic music. “On the 2018 EP Die Mensch-Musik, all tracks have a very apparent violin. At the time, I was still producing melodic Techno, and since I moved through Peak Time and now, on Hard, I used the instrument in a secondary way with some released tracks, such as ‘JK8M3SK7’ and ‘In Nomine Techno’, from the 2020 EP Circuit”, indicates Fribs.

“As the violin has been part of my life from a very early age, I have always sought to incorporate it in some way into my productions. […] I have preferred to leave it to use it in live act presentations (where it really is the highlight), and in the studio, I have used it as an effect element, texture, for creating Pads, etc.”, complete. The Brazilian artist has released through labels such as Autektone (Itália), IAMT (Espanha), Nin92wo (Brasil) and The Meaning of Rave (Polônia), in addition to participating in sets from D.A.V.E. The Drummer, Deborah de Luca, Ramiro Lopez and SPFDJ, among others.

Fribs incorporates the violin into Techno in a very distinct and unusual way, distorting it, looping it, stretching it and processing it, adding strength, to give the instrument a more modern and brutal sound, which fits harmoniously into the created music. “Including instruments such as violin, saxophone and flute in electronic music is nothing new, and since always, several artists have done this mixture with mastery (eg Laurent Garnier in ‘The Man With The Red Face’, the former Brazilian duo Crossover, L_cio’s productions and performances, etc). In the heavier and industrial lines of Techno, however, it is not at all common to see organic instruments being used, as they naturally do not “match” the aesthetics imprinted in these styles. That’s why I believe that what distinguishes me is precisely to make this non-standard mix and present it to the public, causing a certain surprise during the live performances, and showing that it is possible to combine organic elements with dense sounds”, reflects the producer.

Luiz’s live performance is marked by dynamic improvisations, where he feels free to act according to the demand on the dancefloor and on the use of the violin, he reinforces: “I always use the violin in live act performances, I usually use it in moments of improvisation, most of the time combined with loops that have a more groovy feel and with drum patterns that refer to House”. No wonder, Fribs has already rocked editions of Lost and Found, Shadow and Room Noise.

“The violin melodies create a very interesting contrast with the dense and distorted elements of Hard Techno, and give an organic air to that aesthetic basically formed by synthetic elements. Of course, for this combination to not be grotesque, I need to adapt the instrument’s timbre to the characteristics of the genre I play and make it “fit” better with the rest of the elements. For this, I use tools such as distortion, delay, reverb, chorus, flanger, among others”, guarantees LuizFribs, an artist whose development is constant, whether through new tracks or evolving in his live performances, in a concise and profound work.