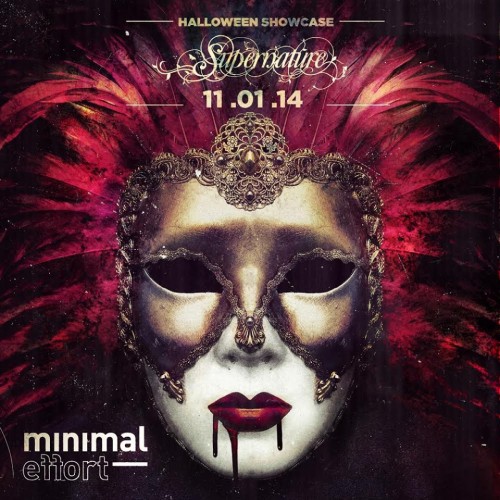 Since its inception in 2011, Underrated has continuously lived up to its name—proving that great can only get greater.The events organized quickly evolved from one humble pub gathering to fully-fledged party hubs on opposite edges of the globe. It’s about fresh culture, organic development, and continuously staying in- tune with the musical zeitgeist that has people move to the beats of some of the world’s greatest DJs and producers. With an ability to pinpoint what’s missing in a culture so diverse, Underrated finds endless ways to bring new experiences to life.

Underrated Presents has come a long way in the underground dance scene with their one of a kind Clinic Wednesdays and Minimal Effort events in Los Angeles. OnNovember 1st, Minimal Effort presents the extremely anticipated Supernature Label Showcase featuring their very own Audiofly, Luca Bachetti, Bedouin, Dance Spirit, and Droog. Support from talented Los Angeles Dj’s include Plastic Love, Tara Brooks, Low Tide, Anton Tumas and Human Resources. Lot 613 in Downtown Los Angeles will be transformed into a mystical, supernatural forest for your exploration and heightening of your senses. The venue features two massive dance floors and an outdoor playground with body painting booths and more to make this the most supernatural Halloween yet.

supernatural |ˌso͞opərˈnaCH(ə)rəl|
adjective (of a manifestation or event) attributed to some force beyond scientific understanding or the laws of nature: a supernatural being.