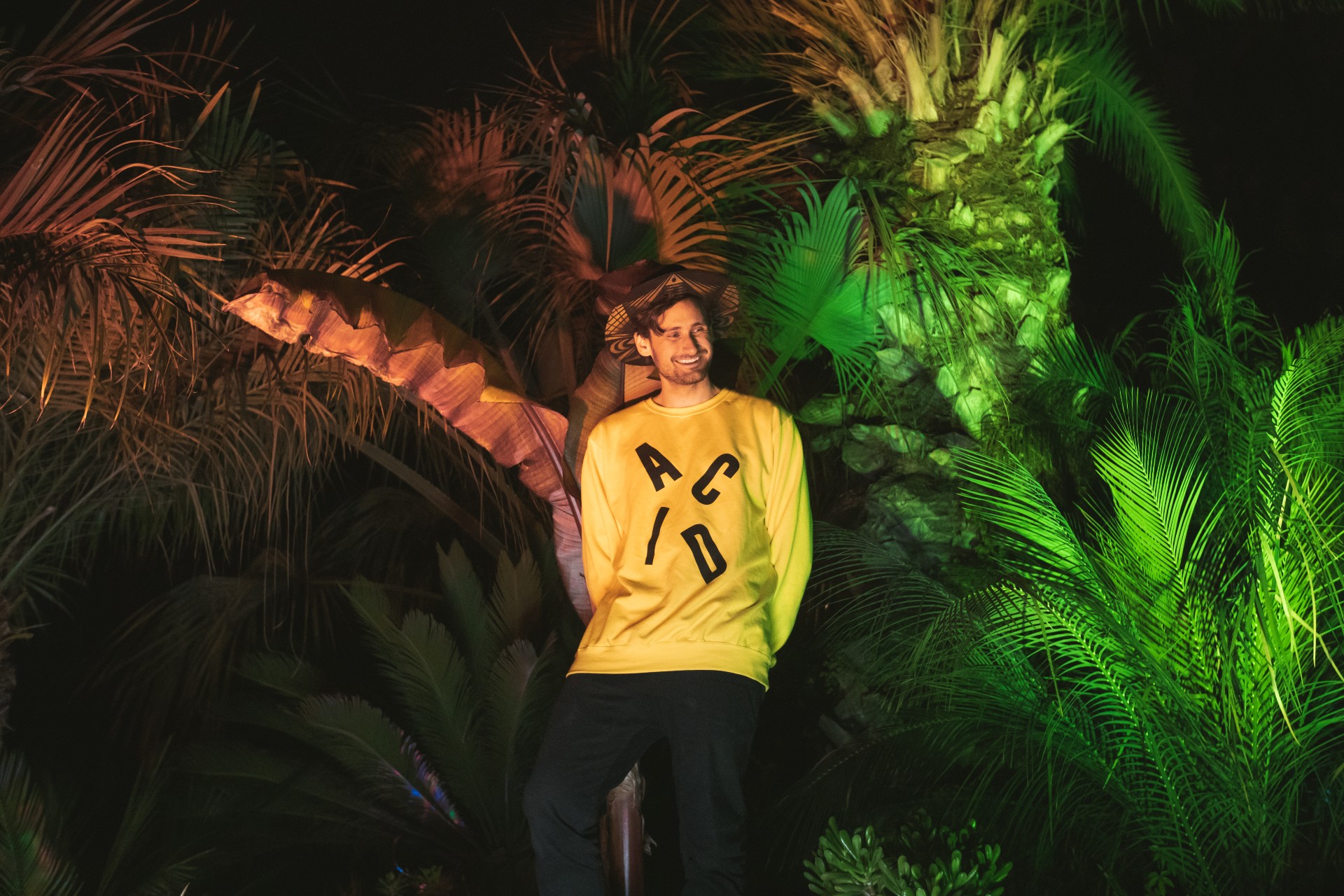 Love—it’s one of the strongest and most universal connectors in our world. It’s also the driving force behind everything Mikey Lion does, from the music he crafts to the events he runs as the leader of Desert Hearts, to the circles he keeps. To honor this all-encompassing force, the artist today releases the full rendition of For The Love, his debut studio album, and the 100th release on Desert Hearts Records. A patchwork of nine tracks depicts Lion’s saga spanning from the day he discovered his true purpose, to the highs and lows of realizing it, and up to the present where he ponders on reaching the next chapter for himself and his community.

Before nurturing his brand and record label into the behemoth that it is today, a young Mikey Lion had been living with his parents and questioning the direction to take his life. Mesmeric album closer “Talking To The Trees” with its lush synth layers and gossamer vocals, sketches out how his path was revealed to him. During a fateful psychedelic trip, he was guided to spread love and community under the banner of House, Techno, and Love that fans know today. Desert Hearts was officially launched in 2012, and the rest is history.

Elsewhere in For The Love, Lion reminisces on the moments and feelings that reaffirmed his direction. “When I’m With You,” a breezy vocal jam crafted alongside Lubelski and Jackson Englund, pays homage to blissful times spent with loved ones in and out of the rave. The peak time ready “Spot Freak” represents cheeky dancefloor moments with the crew via off-kilter synth effects, licks of acid, and hard-hitting percussion. “Above The Clouds,” which leads For The Love with dulcet melodies, is Lion’s interpretation of house music heaven—a feeling he seeks to emulate at each Desert Hearts event.

Trial arrived in Mikey’s journey in 2020, when the pandemic brought his and Desert Hearts’ momentum to a screeching halt. Written in minor key with tense buildups and heavy synthwork, “For The Love Of What” is the label head’s expression of this doubtful time, where existential crisis set in and he was left questioning what the point of it all was, and how the mission of spreading love would continue in the absence of shows.

Luckily, reprise was found within the dedicated community he built over the years. As Mikey led Desert Hearts into the virtual world, launching a TV station on Twitch, followers swiftly hopped on for the ride. He found himself reaching even more people across the globe with DH’s message of House Techno Love, receiving donations and pledges of support from across the globe, and interacting with the DH community on a virtual dancefloor. It was an affirmation of a different sort, but no less powerful, convincing him again that love and music would sustain him, regardless if the dancefloor was digital.

For The Love is ultimately a culmination of the triumphs and tribulations Mikey Lion has faced through the years since he first set out to bring the mantra of House, Techno, Love to a global scale—and is also a marker of an artist just beginning to step into his own sonically. Its timeless influences and multifaceted, yet polished sound design point to an artist who’s put in the work to master his craft. Through painstaking detail, instrumentation, and arrangement, Mikey manages to tell years worth of stories in just nine compositions.

At the end of the day, the lesson remains: community comes first always, and the decisions we make should be guided by, if not entirely, For The Love.