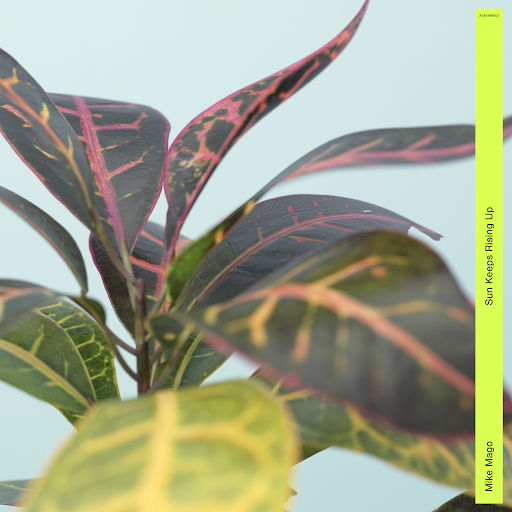 The song rings with hope as Abacus’ soulful vocals combine with Mago’s exuberant, propulsive instrumentation to celebrate the promise inherent in each day.

Mike Mago says, “Although this track was recorded a couple of months ago, Jodie and I feel the lyrics might really connect with people now. We could all use something to lift us up at this point in time!”

“Sun Keeps Rising Up” follows “On Repeat” with Kelli-Leigh – which landed Mago on the cover of Spotify’s “New Dance Revolution” playlist and claimed a coveted spot on the U.K.’s “New Music Friday” and numerous other playlists – and “Recognise”, which Quip Magazine hailed as “fire…[evoking] a much-needed feeling at this time.”

Mike Mago recently released his remix of Halsey’s “You Should Be Sad” and joined NGHTMRE, Sofi Tukker, Matoma and others in the Blockeley Music Festival, a two-day virtual festival in Minecraft celebrating the recent graduates of UC Berkeley.

Check out what he has to say about his latest singles, the impact quarantine has had on his creativity and his new House Plants imaging in Q&A’s with Stage Right Secrets and Quip Magazine. View the latest episode of “House Plants Live” HERE.

As dance music continues to evolve, Mike Mago is one of the best examples of how diverse its artists can be. His feet planted in both underground house music and mainstream sounds, he has earned worldwide support from DJs and radio alike. “Outlines,” his 2014 breakthrough collaboration with Dragonette, has racked up more than 25 million streams on Spotify and over 12 million YouTube views. It is 2x Platinum in The Netherlands and has been certified Gold in Italy and Canada.

His follow-up hits have included “Deeper Love,” “Secret Stash” (with Dragonette), “One In A Trillion” (with DIRTY RADIO) and “Feels So Good.” Billboard said, “‘Feels So Good’ is a funky house tune with more groove than a vinyl record.” With over 32 million Spotify streams, “Remedy” (with Tom Ferry, ILY) is his biggest track to date. Mago’s massive remix of Halsey’s “You Should Be Sad” was just released last month. Listen HERE. He has also done official remixes for Ellie Goulding, Avicii, Clean Bandit, Bastille, Tiësto, Charli XCX and many others. Equally at ease at working an underground dancefloor and rocking a mainstage, Mago has played festivals such as Tomorrowland and TomorrowWorld, the Ibiza isle and clubs around the world.