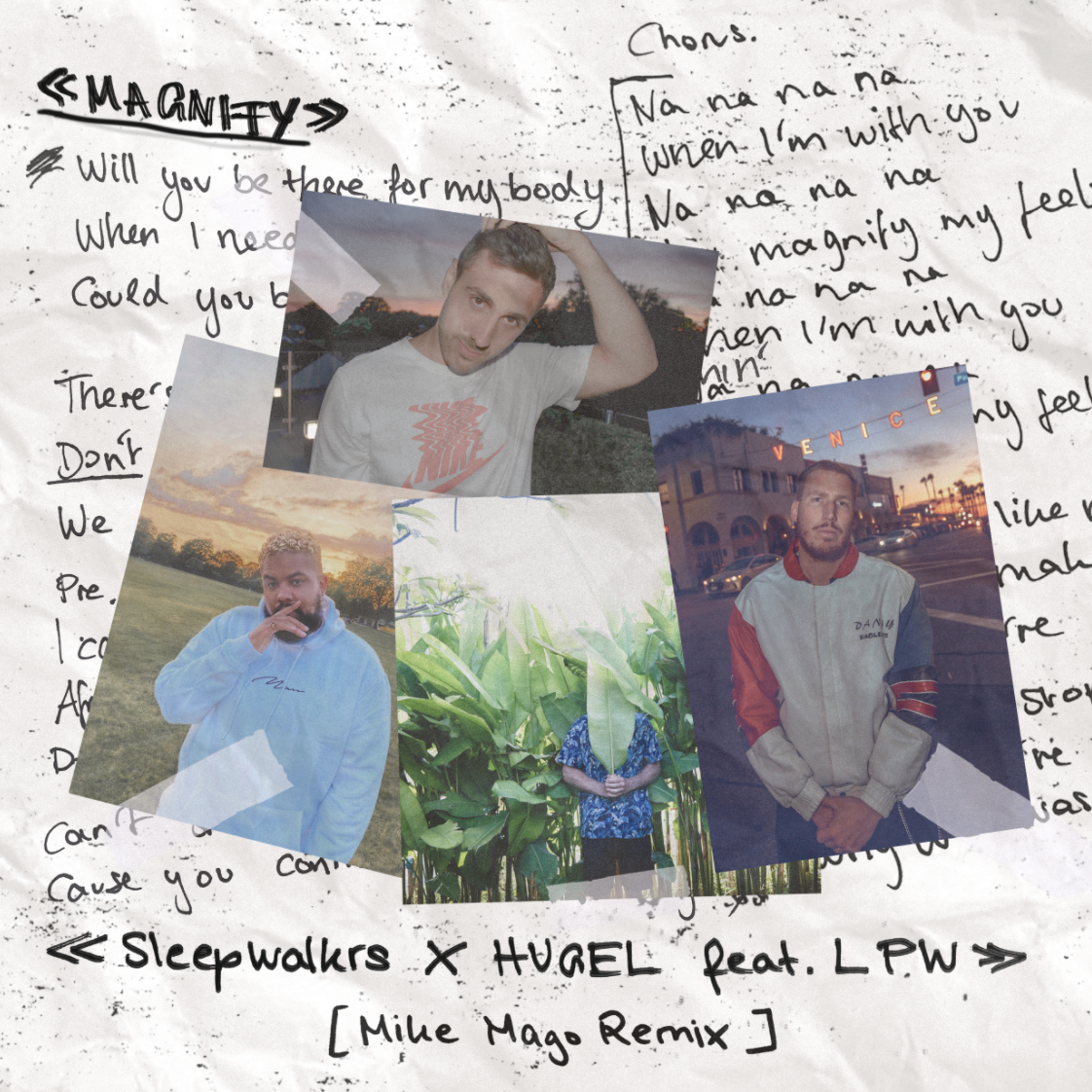 A big, boisterous electro-house jam, ​Mago​’s remix of ​‘Magnify’ ​has been crafted with the club in mind, pairing measured drops, with chunky basslines and smooth vocals. The original has already racked up ​more than 200,000 streams on Spotify​ alone following its July release.

Hailing from the city of Utrecht, ​Mike Mago​ is best known for 2014 single ​‘Outlines’, a collaboration with Canadian electronic outfit ​Dragonette ​that reached ​#8​ in the ​UK Singles charts. Since then he has released a steady stream of singles and remixes, also performing at the likes of ​Creamfields, Tomorrowland ​and ​Ministry of Sound​.

Real name​ Roberto Manfredi​, S​leepwalkrs ​made a big impression last year when he joined his old friend​ THRDL!FE​ for ‘OuttaMyHead’​. Earning BBC​​ Radio 1​ airplay from S​cott Mills​, the track quickly exceeded ​6.5 million​ streams on ​Spotify​ alone, plus ​1.6 million​ views on YouTube​. Between the ​THRDL!FE​ collab and his own underground club tracks, the 25-year-old Londoner is already building support from an enviable selection of big hitters and influential names, including ​Oliver Heldens​, ​Hardwell​, ​Cassius​, ​Mr Belt & Wezol​, ​Don Diablo​, ​Louis The Child ​and ​Dimitri Vegas & Like Mike.

One of the most talented remixers in the game, ​Mike Mago ​brings new energy to an already stellar track.