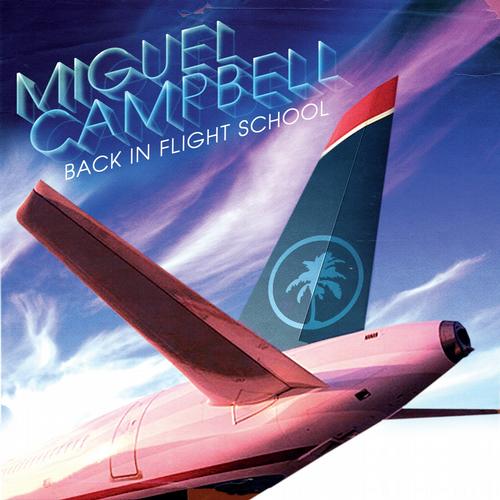 [Release] Miguel Campbell shot to notoriety in 2011 after Something Special; his debut release on Hot Creations became Beatports biggest selling record of the year. Awarded DJ Mag Best Single and Resident Advisors top tracks of the year, now he releases his eagerly awaited debut album, which is set to be the game changer album release of the year. Something Special was just the tip of the iceberg as Miguels debut album features a superbly crafted amalgamation of house, funk, disco, soul, hip-hop and pop.

Back To Flight School is a quite possibly the stronger debut dance album of the year. This first artist album on Jamie Jones & Lee Foss Hot Creations imprint is set to elevate the labels reputation to the next level. This EP is loaded with 16 BLISSFUL tracks from emotive happy elated tracks to that pop disco to deeper heavier dance floor heaters. Personal favorites: ‘Flight School’, ‘Baby I Got It’, ‘The Avenger’, ‘Something Special’. Slow & Sexy Favorites: ‘Night Mode’, ‘Dedicated Music’, ‘Take Off’. This EP is truly beautiful, like a concept album of the olden days, it’s like a story, a journey, that takes you somewhere, from a deeper beginning to a chill out peaceful ending. Much respect for Miguel Campbell and props to Hot Creations for keeping it quality, as always. Take the flight, take the journey dear lovers …