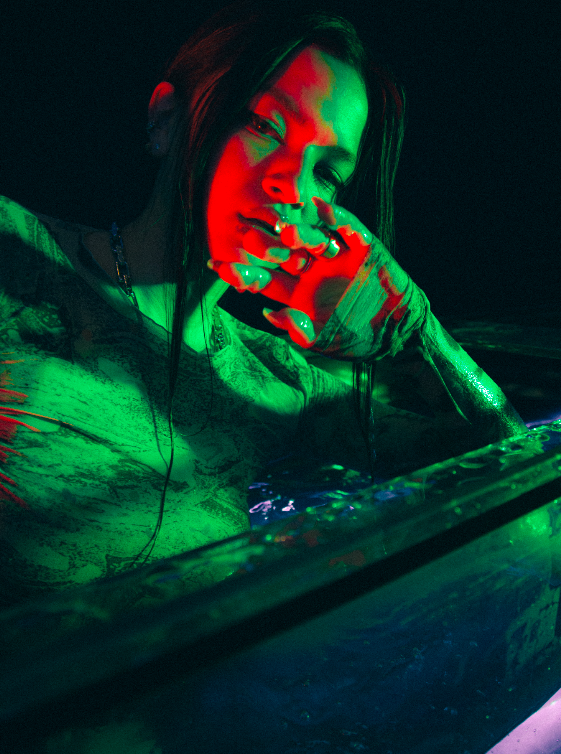 Tapping into the ethereal sound that has characterised MEYY’s output to date, ‘hyli’ (How You Like It) pairs sparse, fluttering production with her irresistible hushed vocals. To celebrate her new release, MEYY has also self-directed digital art for ‘hyli’ in collaboration with 3D artist Romain Albers.

“To me, ‘hyli’ is an endless vibe,” MEYY explains. “Flirty words over a hot, underwater-like production. The track has a certain coolness to it that perfectly captures the breezy summer night it was written on. The production breathes this energy beautifully. It’s layered and complex yet so smooth and sexy.”

‘hyli’ follows acclaimed recent single ‘Orchids’, with both tracks due to feature on MEYY’s much-anticipated EP, Neon Angel. Dropping later this year, the upcoming project is set to feature an array of exciting collaborations.

A singer, songwriter, producer and dancer, MEYY burst onto the scene with her acclaimed debut single ‘Angelic Lies’ in 2019. This was followed up by the similarly well-received ‘Spectrum’, an EP that amassed more than 500,000 streams and saw her win the Red Bull Elektropedia award for ‘Most Promising Artist Of 2021’.

‘hyli’ sees MEYY further explore the idiosyncratic sound that has led to her garnering praise from critics and music lovers alike.