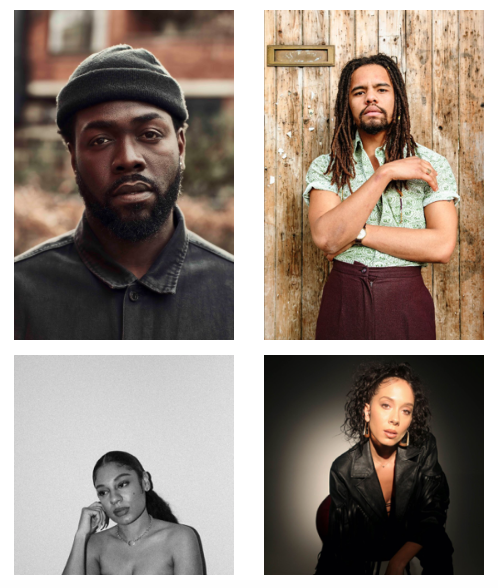 The 2-date event will include performances from Jake Isaac, Rachel Foxx, Josh Barry and Morgan Munroe, hosted by Nada

Kicking off 2021 in exciting fashion, Metropolis Studios have teamed up with Clarks Originalsfor an exclusive live stream series, made up of 2 consecutive dates across 19th and 20th January.

Championing an array of exceptional London-based talent from the Listen Up roster, including Jake Isaac, Josh Barry, Rachel Foxx and Morgan Munroe, the covid-safe live stream series will offer a much needed moment of entertainment and positivity in the absence of live music events that have been sorely missed during the pandemic.

The series will be hosted by presenter and content creator Nada, who has previously interviewed the likes of Ari Lennox, Headie One, Miraa May and Krept & Konan.

Clarks Originals has a long-standing history of being a part of different genres of music, from dancehall and reggae as a result of their deep rooted history in Jamaica, to East coast hip hop with their relationship with Wu Tang Clan and Slick Rick, and finally Brit pop – with Oasis and Liam Gallagher being long-standing fans of the brand. This year for Clarks Originals brings together a celebration of cultures and its music history in order to celebrate their most exciting 2021 collection to date which will be seen on the talent performing in this live stream series.

Originally built in 1901 as The Power House to power the trams of West London, the building was redeveloped into Metropolis Studios in 1989, and quickly established itself as one of the major recording studios in Europe and home to the best mix and mastering engineers in the world. This year, Metropolis set up a live streaming infrastructure to support artists and brands with a platform from which to broadcast very high-quality performances and sessions.

With six EPs and one album under his belt, Jake Isaac has amassed over 70 million streamsacross his vast catalogue of music. Having performed at Glastonbury, he’s also earned the attention of Sir Elton John, while also working with Paloma Faith, Gabrielle, and Duffy. Last year, he was invited onto Stephen Colbert’s Late Show to perform his heartfelt single ‘New York’, while also releasing a string of singles including ‘Good’ featuring Tertia May, and more recently ‘Remember’ which features fellow soul artist Samm Henshaw and US artist Mumu Fresh

Captivating audiences with his soulful tones and charisma, Josh Barry previously supported Rag N Bone Man throughout his UK tour. He has had similar success as a dance music vocalist, collaborating with the likes of SG Lewis, Sonny Fodera and Friction, as wll as touring as the lead singer for Gorgon City’s live shows since 2014. Josh has frequented internationally-renowned festivals and stages such as Coachella, SXSW, Red Rocks and Glastonbury.

Rachel Foxx has received extensive, high-profile support from the likes of Sir Elton John, Diploand Snoop Dogg for her catalogue of music. She has supported Ms Lauryn Hill, Kelis & Joey Bada$$ on their respective tours, as well as selling out her own headline show at Camden Assembly. 2020 saw Rachel release her latest EP FLUORESCENT, which featured infectious singles ‘Progress’ and ‘What You Need’.

She may be reserved in demeanour and relaxed in manner, but rising Leicester-born artist Morgan Munroe oozes confidence as she bares all in her music. An exciting prospect for the UK Soul scene, Morgan was first heard on Kamakaze’s ‘Last Night’, a track that’s garnered over 4 million streams and featured on the soundtrack for ‘FIFA 20’.

A celebration of live music, the Metropolis x Clarks Originals live stream series is not to be missed next week!