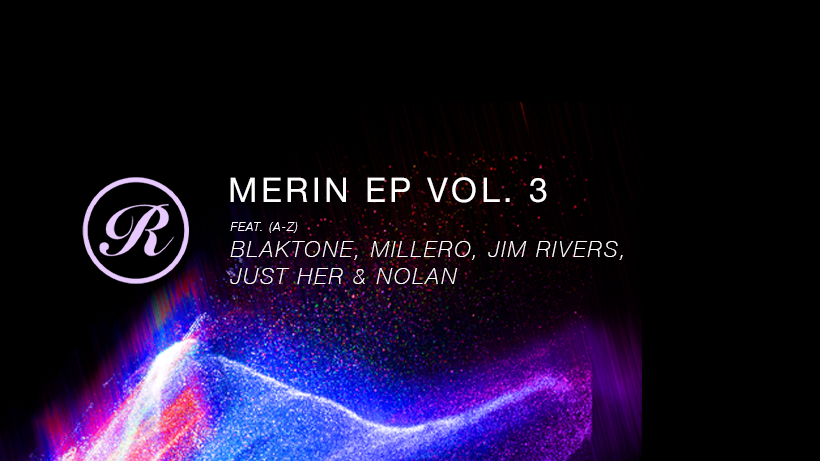 The Merin EP returns… Renaissance’ eponymous VA series makes its third, and final, showing of 2021 with arguably its strongest line-up yet. As ever, it’s a four track EP that seeks to showcase the most exciting talent on the planet, spread across different genres; variety is very much a key ingredient to the latest edition.

Representing team indie is another young producer from the hotbed that is Israel, Millero. Although he only has a few releases to his name he already counts the likes of Solomun, Âme, Lehar and Hernan Cattaneo amongst his supporters, and has a Beatport Top 10 under his belt. It’s been a stellar start to what promises to be a stellar career. “’French On Acid’ is a track with psychedelic acid vibes. It starts with the insane vocals that get you into the mood and then, the acid lead kicks-in. When combined together they hopefully take you to another planet!” – Millero

Electronica and breaks have always been a part of Renaissance musical DNA, so it’s only fitting that two of the scene’s brightest luminaries represent the genre on the EP. Step forward Just Her & Nolan, whose ‘Blue Sky’ is as atmospheric and infectious as it gets, rich with that magic, yet elusive, hairs-on-the-back-of-neck ingredient. “As a track ‘Blue Sky’ didn’t come together all at once,” they admit, “it took a few bites at the studio apple before it ended up at a place we were happy with. Funnily enough, we didn’t add any further production during these sessions, rather re-arrange and strip back. It’s a great example of less becoming more.”

Next is a man who needs little introduction, Jim Rivers. With a CV that includes Global Underground, Bedrock and Intec, he’s a man whose dance roots run deep. His contribution to Merin may surprise many as he sheds his trademark, techno inspired sound in favour of a house-tinged dive. “When I called Renaissance I actually said, ‘I’m not sure this is quite right for you, it’s a deep, chunky 118 BPM thing,’ so I was delighted when they came straight back and said they had just the project to include it on. The riff is warm and simple but it’s got that uplifting vibe with some texture and soul in the synths and arrangement”. – Jim Rivers

The quartet is ably completed by a rousing finale courtesy of Russia’s blaktone and ‘ExMachine’, which is a power house slice of melodic techno. Infused with their trademark, futuristic style, the duo describe the track as, “Our musical imagining of a robot suddenly becoming human. For us it’s a very emotional record that combines a tough dance groove with melodic touches.” If this doesn’t have peak time written all over it, what does?!?

Merin EP Vol.3 is OUT NOW on Renaissance Records