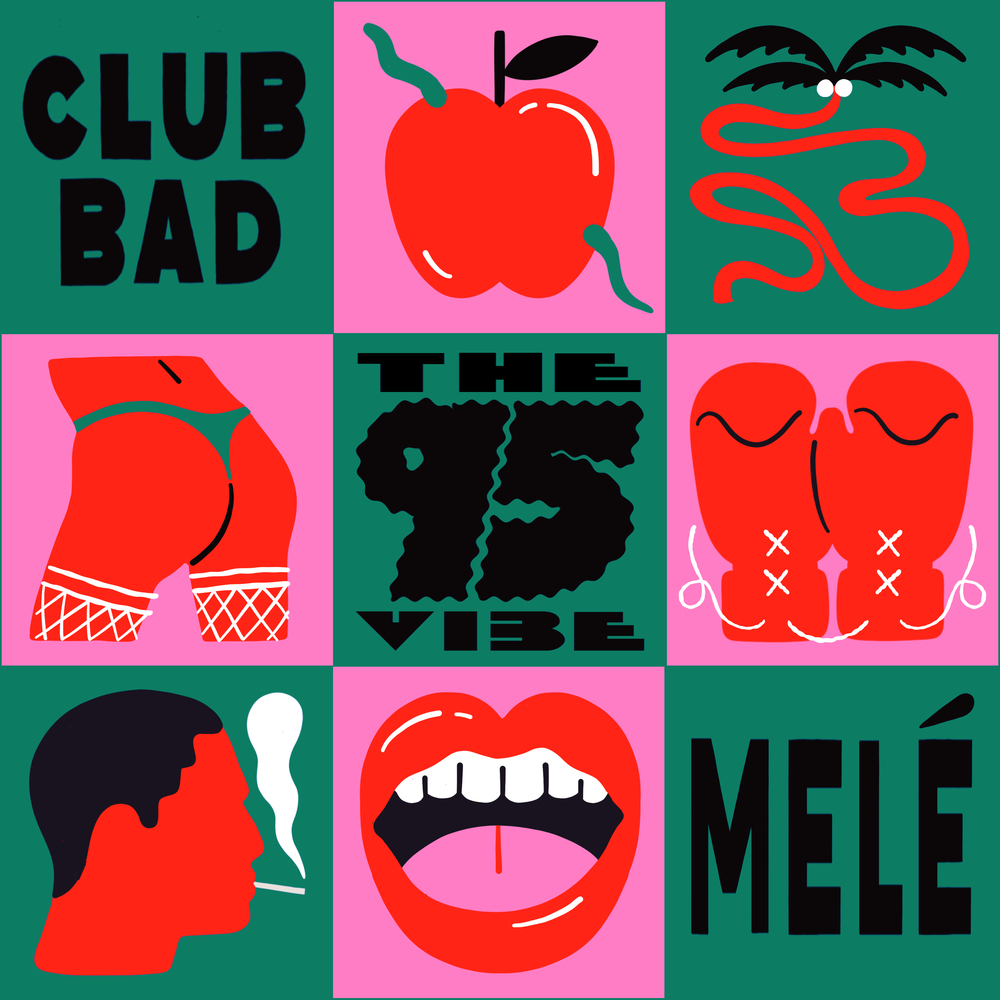 Following on from the success of his Liverpool based event series, Club Bad, DJ and producer Melé launches the brand new record label of the same name. With the inaugural release from Melé himself, the label will be a place for true house music lovers with releases from a hand selected pool of producers, both established and new.

“I wanted to start Club Bad to reflect the party I run in Liverpool. ‘The ’95 Vibe’ is a track I’ve been playing since the end of last summer, influenced by the mid to late 90s house sound pioneered by Armand Van Helden and Basement Jaxx; two huge influences on my early foray into music. ‘Temptation’ on the flip is a more straight up floaty house track I finished whilst on tour in California recently.” – Melé

The debut release on his Club Bad imprint, The ’95 Vibe EP is an introduction to a deeper, classic take on his trademark percussive persuasion. The two track record opens with The ’95 Vibe , a fresh flex that sees Melé fuse an Armand Van Helden style speed garage bass line with intricate percussions – a fully charged anthem built for the dancefloor. Temptation dons a deeper sound; a warm, uplifting track that takes on dreamy rhythms and tribal drum pads.

Since it’s conception in September 2017, Club Bad has hosted seven sold out shows, featuring friends and DJs such as Jasper James, DJ Boring, Mella Dee, Brame & Hamo, William Djoko, Adam Port and Big Miz. Last year saw Melé develop the brand by stepping into the world of fashion with two sold out merchandise ranges, released in collaboration with designer Joel Burden and UN:IK. This February the sought after selector will make his debut on the coveted Essential Mix series for BBC Radio 1. Club Bad will continue it’s 2019 expansion with music from exciting new producer Joe Corti alongside Richy Ahmed & Four Tet endorsed London duo Senzala. Melé himself will tour both North & South America, and a run of dates in UK, Europe and the Middle East to support what will be one of the most important releases for Melé in recent years.