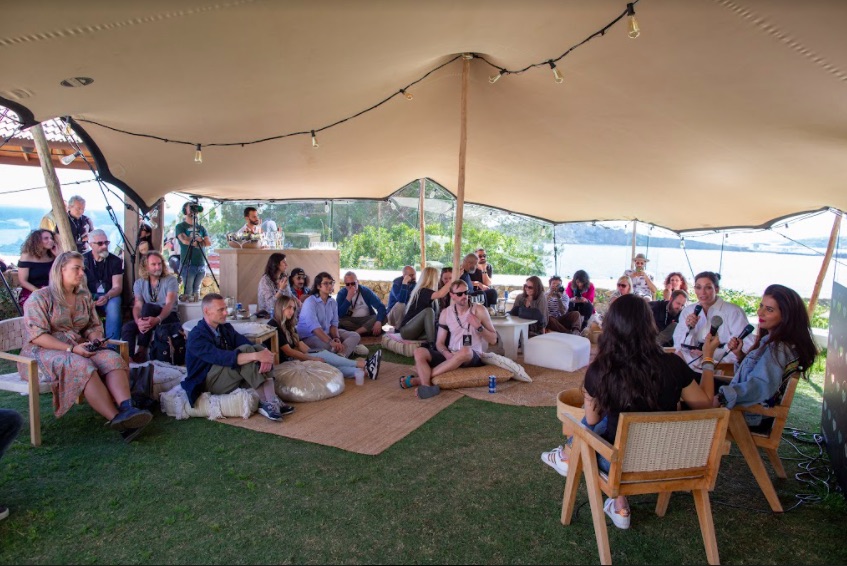 Female leaders from MDLBEAST, the Saudi-based music entertainment company, have taken to the stage at the International Music Summit (IMS) in Ibiza to showcase the progress in the regional scene, and the positive impact that events are having in Saudi especially, but also the wider Middle East.

The IMS is one of the world’s biggest electronic music industry events and welcomes star talent of the global scene speaking alongside leaders in the field. MDLBEAST’s participation is a signal of the world’s recognition of the Middle East as a growing market for music generally and also an opportunity to showcase the work of MDLBEAST in providing a platform for faster, stronger growth in the region. This has been most prominently demonstrated over the last few years through MDLBEAST’s XP Music Conference and the major music festival, SOUNDSTORM, both expected for their respective second and third editions later in 2022.

Nada Alhelabi, Strategy Director at MDLBEAST, led the conversation which highlighted to the IMS delegates the growth taking place in Saudi especially in regards to increasing opportunities for women and the burgeoning cultural economy.

Speaking after the event, Nada Alhelabi said she was encouraged by the reception of the audience, “I was really pleased with the reaction from the crowd who are all deeply knowledgeable about the music industry. What we’re trying to get across is the positive impact that the industry can have on Saudi Arabia and in the wider Middle East. Sometimes the stories they hear focus on a past which no longer exists and we don’t recognize. We wanted to stand up in front of them as Saudi women in the music industry to highlight the opportunities and future outlook, finally to start bridging the gap and connecting communities together based on common grounds, which is the love for music.”

The MDLBEAST keynote at IMS comes ahead of anticipated news on the 2022 edition of the LOUDEST WEEK in Riyadh which embodies MDLBEAST’s commitment to growing talent, building the regional scene, and advancing the creative economy for Saudi Arabia and the wider Middle East. The LOUDEST WEEK comprises the 3-day XP Music Conference and the music festival, SOUNDSTORM.

MDLBEAST’s XP Music Conference was held for the first time in 2021 with 150 local/regional/international industry experts discussing Talent, Scene, Policy, and Impact with regional audiences, supporting the growth of the music community. Global artists such as Afrojack and Steve Aoki led the discussion around the path to success, guiding principles for young talent, and what it means to support aspiring DJs, producers, and creators. XP welcomed almost five thousand attendees on three days and hosted up to 52 sessions in its inaugural year.

MDLBEAST LLC is a music entertainment company committed to growing talent, building the regional scene, and advancing the creative economy. MDLBEAST was established following the success of its flagship festival, SOUNDSTORM, in 2019.

Through its focus on artists and talent, MDLBEAST is building a talent infrastructure and providing them with opportunities which put them on global stages. Similarly, through owned events and experiences, content, conversation, fashion, and more, MDLBEAST is helping to build a thriving, and economically sustainable music community in and for the region. MDLBEAST operates under its three corporate arms: XP Music Conference, MDLBEAST PRESENTS and MDLBEAST Record Label.