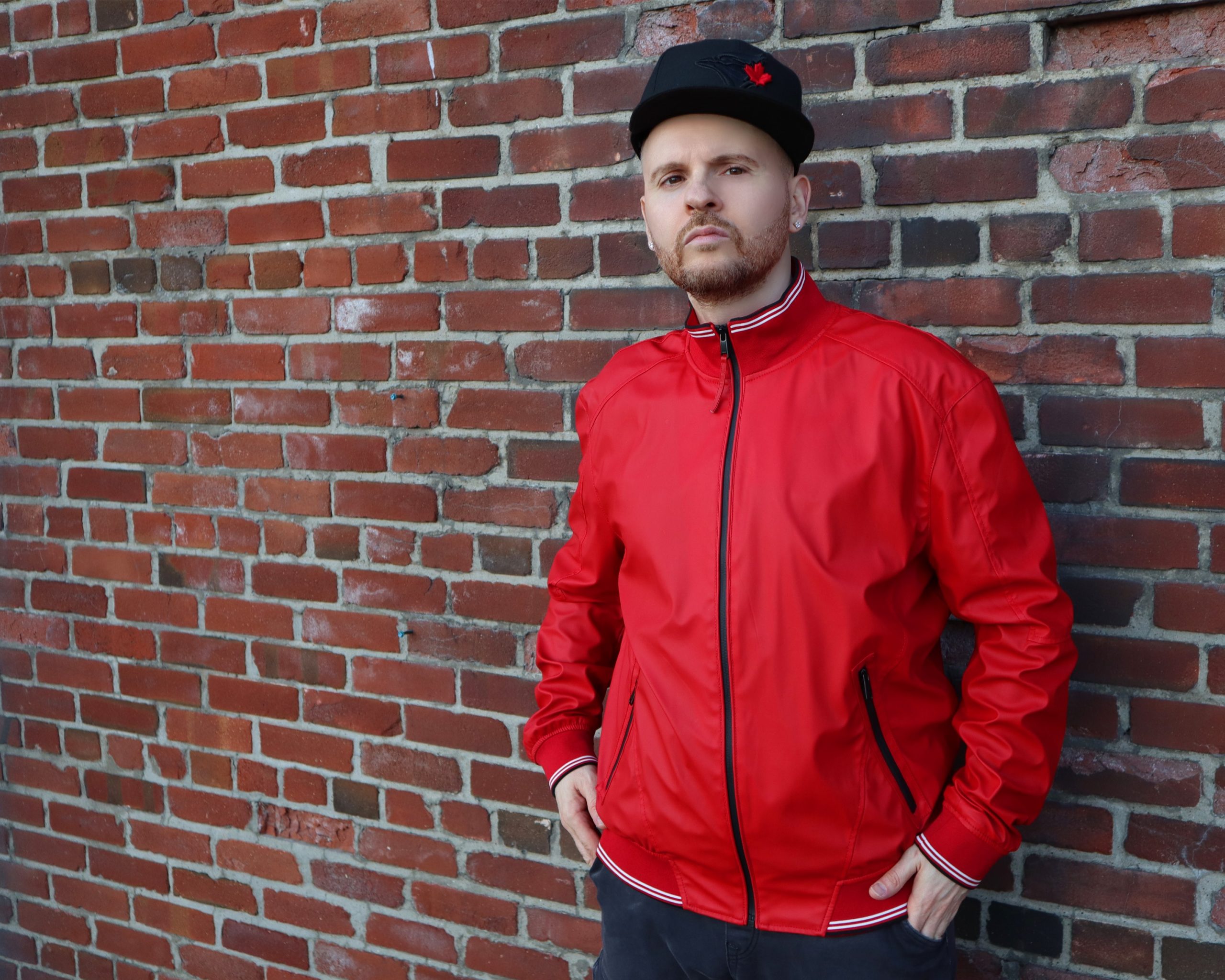 MC Flipside is the voice of the underground. The Juno nominated producer/songwriter/DJ is a trailblazer who continues to define his own unique sound through his production, record labels, captivating flows, and DJ sets. Flipside’s career spans 2 plus decades and he remains one of the bright lights and cutting edge talents to come out of Toronto, Canada, a hotbed for music and internationally respected talents.

His latest release is an EP on Doc Brown’s Unlearn:Records imprint: the two-track Pushing Me // Submission EP packed full of dark rolling grooves & signature hooks that will permeate your headspace long after listening.

Ahead of its release, Flipside has picked out 10 fellow Canadian’s that have inspired him to up his own production game over the course of his career.

One of the godfather’s of Canadian electronic music. A stellar producer of house, techno, deep, afro, and hip hop. His iconic DNH records continues to release stand out cuts. Infinisynth is one of his under the radar tunes that reps the heavy influence Detroit has on the 6.

Producer, singer, multi instrumentalist, dope MC, Big Sauks embodies every element of hip hop culture and helped pave the road for artists like Drake. When “Father Time” came on the radio back in the day via DJ Mastermind legendary radio show- I was instantly hooked. Bar after Bar backed by a stripped twisted beat which knocks heavy.

When I heard Esthero’s debut album on Sony I remember thinking to myself…. “Man I need to rethink how I approach this music thing!” Producer, writer, and an absolute top vocalist- Balmes sees Esthero team up with German house master Ian Pooley to create a samba fueled house classic. Instant vibes!

One of the greatest underground house producers to ever come out of Canada- Manny has cemented his position for all time. When tastemakers like Deep Dish, Steve Lawler, Peace Division, H-Foundation, Pete Tong, etc etc chart your songs over and over and over again, there’s a reason. Manny and I shared a studio space together for years where on the daily he would literally inspire me. Manny produces a sound uniquely his own fusing dub reggae, deep tech, progressive, and soulful house to create the Paranoid Jack sound. Slavedriver is a work of art- nuff said!

Composer, musician, vocalist, and slayer of the live show. Ivana is an award winning artist who has always captured the beautiful energy of Canada’s multicultural landscape. Her album Brown would get rinsed in my home, whip, and studio non stop.

Off the hop – Kardi is one of the most humble cats in the game. We have shared stages and crossed paths many times and he’s always in positive mode. Producer, director, emcee, A and R, Kardi wears many hats and they sit like a fitted. His stage show is also a shot of adrenaline every time. Ol’ Time Killin’ with Monolith is one of his best perfectly capturing Toronto’s multicultural flyness and obsession with hip hop. Plus- who doesn’t feel lifted when the Maxine vocal kicks in!

Another one of the godfathers of electronic music in Canada- Matteo has a permanent place among the titans of dance. Matteo can produce a whole plethora of genres and you’d never know they’re all created by him because he does it all – amazingly! Feel The Drums came out on seminal NYC based Emotive Records and upped the game. With a discography spanning over 3 decades and no signs of slowing down- Matteo keeps the flow going. Let’s take a moment to take in this classic!

Nelly Furtado is another one of the Canadian greats! A multi-instrumentalist, writer, and vocalist- Nelly is one of the biggest selling Canadian artists of all time. With many albums under her belt… IMHO- her album Loose is the ONE. The album spawned four successful number one singles worldwide; “Promiscuous”, “Maneater”, “Say It Right”, and “All Good Things (Come to an End)”. When I first heard Maneater I thought to myself – man the bar has now been raised into the stratosphere. Pop perfection.

Canadian songwriter hall of famer, emcee, actor, and author Wesley Williams is the godfather of Canadian hip hop. Symphony in Effect is the first major hip hop album to ever come out of Canada and spawn a Billboard Top 40.

The Rap City show aired weeknights on Canada’s Much Music and I remember getting hella amped when the video for Let Your Backbone slide would come on. The video represents all of the elements of hip hop culture and instantly made me want to be a B-Boy. Wes spits bravado over booming drums that hit heavy. The hook instantly stays in your dome for days and earned its place as the one of the best tracks to ever come out of Canada. It also made me feel like- yeah… we can do this hip hop thing to and do it just as dope.

Canada’s Prime Minister of italo disco- Gino Soccio is one of the best producers to ever come out of the great white north! His rich productions put most modern tunes to shame. Gino was 10 decades ahead of his time. Dancer is a master cut which showcases all of Gino’s superpowers- groove, arrangement, pacing, and musicianship to take the listener on a 8+ min funkdafied ride. Sampled by the likes of GFlame, Frankie Bones, etc…. you’ll hear it and understand why. What a bassline!