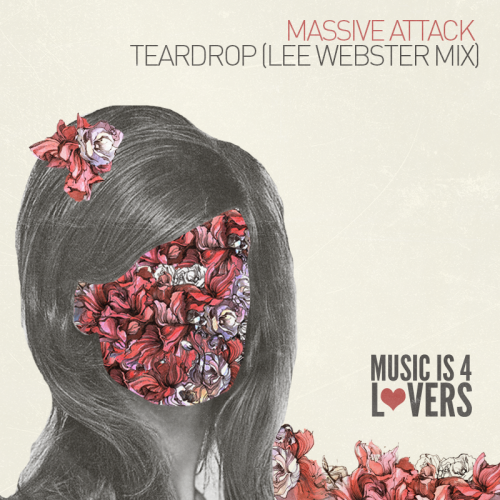 Enjoy this FREE DOWNLOAD from eccentric Barcelona-based DJ/producer Lee Webster. His own take on Massive Attack’s Teardrop. Our gift to you!

Along with producing jams on Hot Waves, Glasgow Underground, Madtech, Resonance Records, and CUFF; Lee is working on his own recently launched label, I Used to Sleep at Night. We had a short chat with the man to get to know him a little better.

Where are you located? What’s the music scene like there?

I’m currently located in tropical Barcelona. Where the nights are long and hot. It makes quite a change from Berlin where I was living previously.  That’s not to say I didn’t enjoy Berlin but the sacrifices were too big.  The scene here is young in the sense that we perhaps need to starting coming together a bit more and supporting new events.  There are a few people here doing really good things, places like White Monky and Werk It, for example, are doing really good music and starting to get real support.

How did you get into producing? What’s your story?

At the risk of sounding like a complete cunt, I started messing around with music at quite an early age, (“messing around” is actually how I would describe what I do today).  I was really into hip hop and scratching, the first set of turntables I got were intended for this purpose. My dad found them in the rubbish outside a radio station in London.  From there I began to sample records found in charity shops onto a small Yamaha sampler and put them over beats so I had something cool to scratch to.  My introduction to what you would term as “proper house music” only came a few years ago when I moved to Spain and met the people who shaped what I’m into today.  I’m completely self taught, its a slower path but one I would always choose. Often I find doing things the wrong way can yield dope results.  Almost everyday I get an epiphany and discover how to do something, which I think helps keep me hungry.

We love the name of your recently launched label, I Used to Sleep at Night. Tell us how it came about and what exciting news is on the horizon.

Thanks!  I didn’t think too long about the name. I’m a fan of impulsive decisions and the name just hatched into my little brainbox and I was like, “yeah!”  Its kind of a phrase that can come before what ever you’re passionate about; like, “I used to sleep at night but now I’m up all night making music/painting/skateboarding/masturbating,” whatever your vibe is. As for upcoming releases, I don’t want to give too much away, I have a follow up EP from myself and then I will release some EPs from some other people.  I’m not sticking to any kind of schedule, when shit is ready, it gets released.  My only rule will be that I won’t be releasing any remixes, only original tracks, just music I would play myself in a party.

Your online banter is awesome! Were you the class clown growing up?

I was actually!  I found school boring, and often this manifested itself in my getting into trouble making people laugh. Ironically, the things that I found the most boring at school it turns out I actually have a genuine interest for; but the oppressive teaching styles and shitty pressures of school life killed it for me at the time, which really says something about how we are educating our children. I watch a lot of documentaries on a lot of subjects, I think I’ve gotten a lot more from the internet than any teacher has ever shown me.

Your drink of choice: