Marshmello And Halsey Share Official Video For ‘Be Kind’ 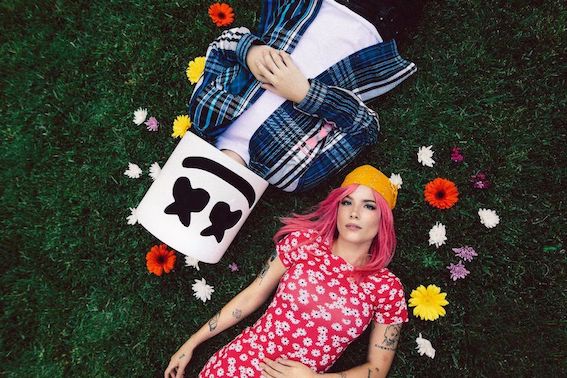 Marshmello and Halsey shared the official video for their hit single, “Be Kind.” Directed by Hannah Lux Davis, who also helmed Halsey’s “Nightmare” and “Alone” clips, the contemporary dance video takes viewers to three distinct worlds.  Filming a dance video during quarantine presented challenges, but Halsey learned the choreography on Facetime and did her own makeup, as always.

“Be Kind” is a worldwide hit across the boards – on playlists (with both artists appearing most recently on the cover of Apple Music’s “Today’s Hits”), at radio, on Shazam and elsewhere. Since its release last month, the song has amassed more than 175 million combined global streams. Get “Be Kind” at http://bekindxx.com/. The Jacques Lu Cont remix was released on Friday and can be heard HERE. Surf Mesa, fresh off his global hit “ily (i love you baby)” feat. Emilee, has also remixed “Be Kind.” Listen HERE. “Be Kind” is the latest song offered from Marshmello, who is coming off a strong 2019 with 6x Platinum “Happier” with Bastille – also released by Astralwerks – plus 4x Platinum “Silence” with Khalid.  Halsey kicked off 2020 with the release of her new album, Manic, which debuted at No. 1 on Billboard’sTop Current Albums chart and has been certified Platinum in numerous countries, including the U.S. It contains the 7x Platinum “Without Me” – the most-played song of 2019 at U.S. radio and the longest-running Billboard Hot 100 top 10 hit by a female artist of this century – and the Platinum hits “Graveyard” and “You Should Be Sad.”