Maher Daniel – A Call From Within (No.19 Music) 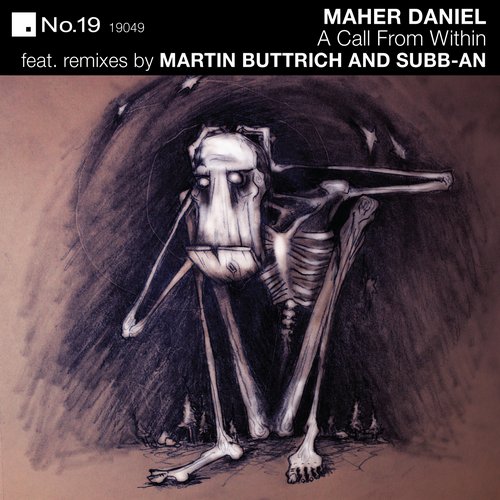 Following on from the critically acclaimed debut album from Louie Fresco released this summer, No.19 Music turn to Maher Daniel for a stunning new single that comes with heavyweight remixes from two of the best names in the game, Martin Buttrich and Subb An. Montreals Maher Daniel is now starting to get the props he deserves having served up an increasingly refined slew of releases on quality labels like Circus recordings and Lee Burridges All Day I Dream. Daniel has also previously appeared on the essential No.19 Music, contributing a standout track to the 5 Years of No.19 Music compilation earlier in the year. As resident at the famous Stereo club in his hometown, Daniel is also a respected DJ who has a deep understanding of dancefloor dynamics as evidenced by this stunning new release.

A Call From Within is a truly humid and steamy slice of house music with hints of tropical jungle drums and tumbling toms making for a rich organic groove. Tinkling keys, synth tension and magical breakdowns all bring an ethereal depth to proceedings, taking the listener to another dimension; crafting music as sensuous and emotive as this whilst bringing such energy to the dancefloor is no mean feat. First to remix is Martin Buttrich, a long time production genius who has helped Loco Dice over the years as well as serving up his own essential EPs on labels like Desloat and Supplemental Facts. His first remix is a spooky, spacious affair with a nice loose groove, tons of atmospheric production and a warm, humid air that makes it perfect for lazy afternoons in Ibiza. His second dub mix is busier, with a burrowing baseline, slinky percussion and a serious dub quotient propping up the whole thing in fantastic style. Also contributing a remix is One Records and Crosstown Rebels associate Subb-An, who is as adept at playing live as he is weaving chunky DJ sets everywhere from BPM to Fabric. His killer version is riddled with gentle toms, is rooted with firm kicks and has scurrying little effects, steel drums and hugely inviting hi hats all making for a devilishly late night floorfiller that demands you dance along; its super special and evocative electronic music that stands proud of the competition. In giving him his own platform, No 19. Music show deserving faith in the ever rising star that is Maher Daniel and the music he serves up as a result is certainly his finest to date.