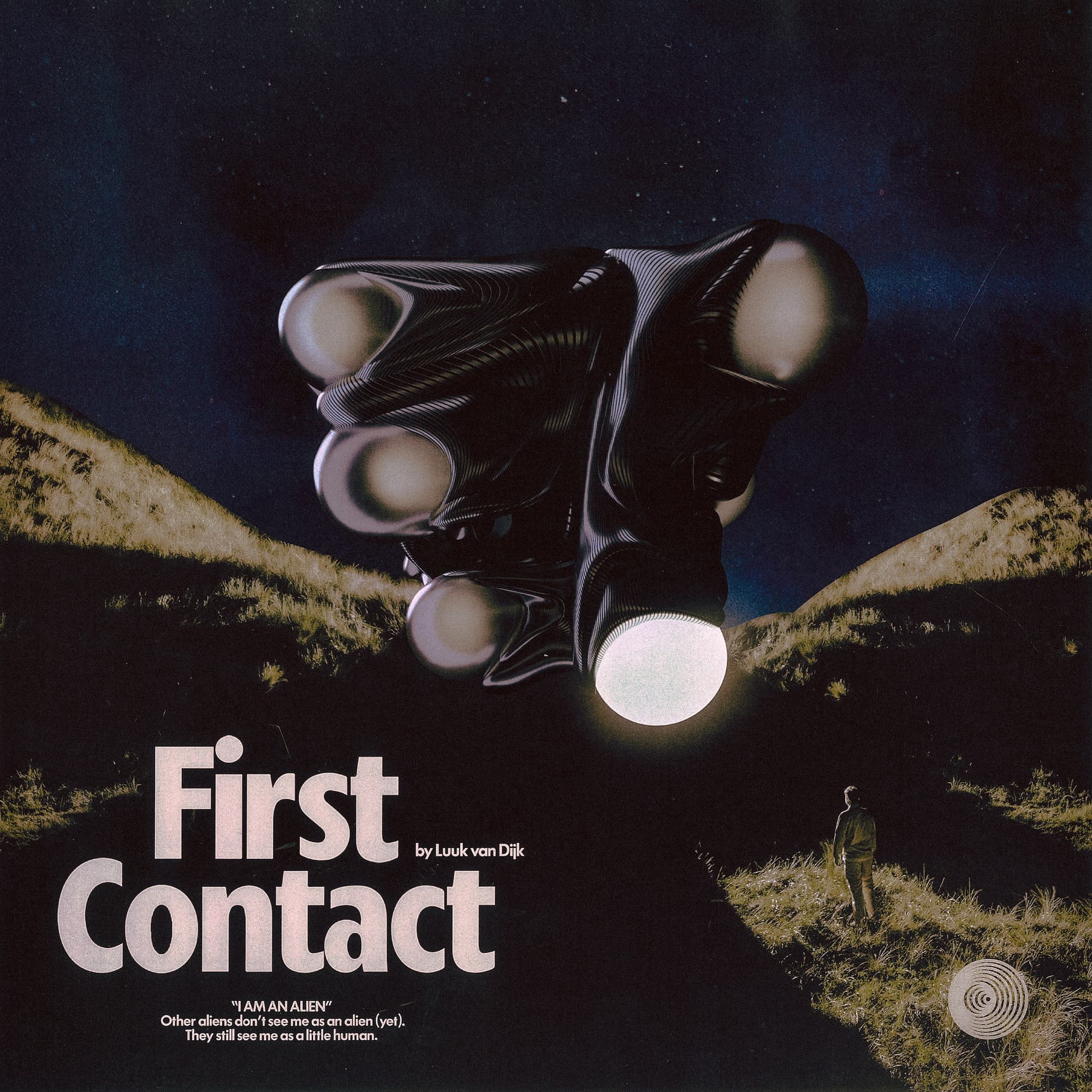 Luuk van Dijk has unveiled his hotly-anticipated debut album First Contact, out 11th November on his own Dark Side Of The Sun label.

The Dutch DJ and producer’s maiden LP is the end result of a long and intense voyage of discovery. Years in the making, it’s a project that Luuk can fully stand behind and be proud of. Next to a search for his own identity and his own place in music, it has also become a passage through time.

By far his largest body of work to date, the 13-track release kicks off with the suitably-titled ‘Cosmiq’, a deep, grooving sonic exploration that immediately sets the tone. “Because of this track I wanted to make an album to showcase my other kind of music that people won’t maybe expect of me,” Luuk explains.

Next up is the shimmering, ethereal sounds of ‘Love You’, a track that features the irresistible vocals of US singer-songwriter Dawn Richard and will be released as a single in October. “She really brought this track to a whole new level,” says Luuk. “I couldn’t be more happy with the result.”

Further collaborations come in the form of ‘Wolf’, a majestic, strings-led house cut featuring Steve Burton of oneofmanysteves; ‘Master Plug’, a deep, jackin’ number with Chicago artist Kid Enigma; and the Detroit-indebted ‘Together We Rise’, punctuated by the spiritual vocals of MC Roga. “I tried making a track the way they used to make music,” Luuk says of the latter. “With as few machines as possible, just a mixer, sampler and some synths.”

Additional highlights include the enchanting ‘Let The Bass Kick’, orchestral ‘Lightning Striking’ and hypnotic ‘Hot Stuff’, before ‘Knowing How To Love’ closes things out on a peculiarly wistful note. “The last track of the album, also a track that started as an interlude and ended up being a full song,” says Luuk. “This song basically sums up how I’ve been feeling the years 2020 and 2021, very emotional, sad, but also hopeful. Everything will be alright.”

One of the hottest new names coming out of Amsterdam’s bustling club scene, Luuk van Dijk is currently making waves in international waters with his infectious take on spirited house music. He has already released on labels like Hot Creations, Cuttin’ Headz, Solid Grooves Records and Eastenderz have established his name as a house music prodigy. He launched Dark Side Of The Sun in 2020 with the aim of exploring a broader approach to his signature style.