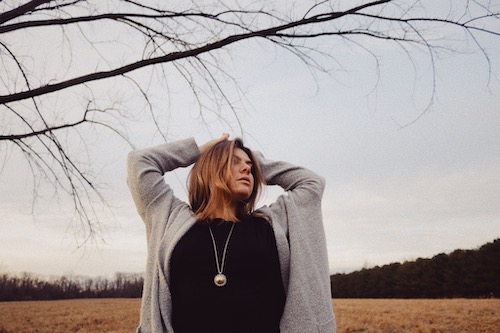 Nashville-based singer-songwriter Luma has linked up with Australian DJ and producer Blanke on new single ‘Like A Nightmare’, out now.

Taken from Luma’s forthcoming debut solo EP ‘Kill The Night’, out later this month, ‘Like A Nightmare’ is a bittersweet electronic ballad that pairs her soaring vocals with futuristic, emotionally-charged production courtesy of Blanke. The similarly affecting video sees the track’s melancholic lyrics played out in real time.

“We’ve all loved somebody we shouldn’t,” Luma explains. “‘Like a Nightmare’ is the acceptance we face when we know that the last thing we need is exactly what we want. Written in a single session with Blanke and Riley Thomas during the 2019 Nashville Electronic Writers’ Camp at the Spotify Secret Genius Studio’s, this song has since inspired me to be okay with the fact that sometimes we choose the wrong people. Sometimes we hold on far too long and learn the lesson a little too late. It’s a reminder of our humanity and our fragility as human beings, especially when it comes to love.”

Captivating listeners with her knack for magnetic melody and lyric, Luma has featured on a number of esteemed electronic labels, including Seeking Blue, Monstercat, Ultra, Thrive and Seven Lions’ Ophelia Records. With over 25 million streams across all platforms, she has received attention from Sirius XM radio and EDM.com, in addition to repeat features on Spotify’s Friday Cratediggers, Stepping Out, Sad Beats, Pop Chillout and Apple’s “Pop Rising” & “Breaking Dance” – all while remaining completely independent.

Hailing from Canberra, Australian Artist Blanke has collaborated with Illenium & REZZ, has remixed the likes of Seven Lions, Slander & Marshmello, was named on EDM.com’s class of 2021, recently reach the #1 most played position on triple j with his single ‘Alchemy’& has amassed in excess of 40 Million streams on Spotify alone. On collaborating with Luma, Blanke said It’s always a pleasure working with Luma, this was one of the first songs we wrote together. . We’ve become close friends over the past couple of years and I’m so glad to be part of her Debut EP. She has such a moving voice and tells a story so well.

A dance track punctuated with pure emotion, ‘Like A Nightmare’ sees Luma’s solo career kick off her solo career in powerful fashion.