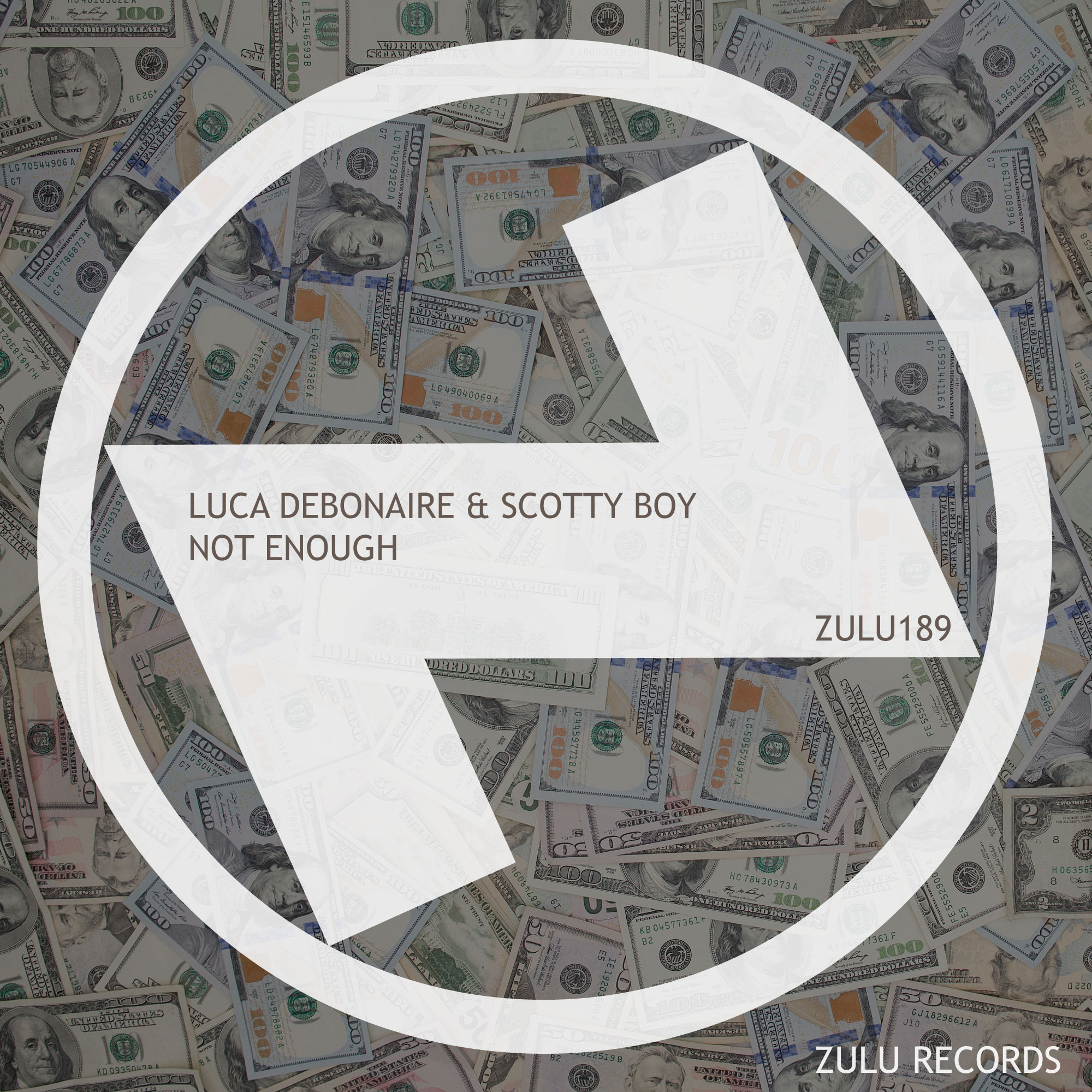 Championing house music in all its forms for almost 200 releases now, Zulu Records can be trusted to deliver tried-and-tested cuts each and every time. Their latest release sees label-favourite, Luca Debonaire, joining forces with Scotty Boy for a serious floor-filler in the shape of ‘Not Enough’.

Out now, Not Enough has more then enough to send any club into a frenzy. With a solid strpped-back groove and plenty of builds, the energy doesn’t let up from the very first beat. Vocals, effects and eerie synths combine to deliver a twisted, driving, record box essential that has heavyweight written all over it. With support coming in from names like Kryder, Sam Divine and Judge Jules, you can be sure that Not Enough is going to be a regular feature of sets across Amsterdam during ADE and far beyond.