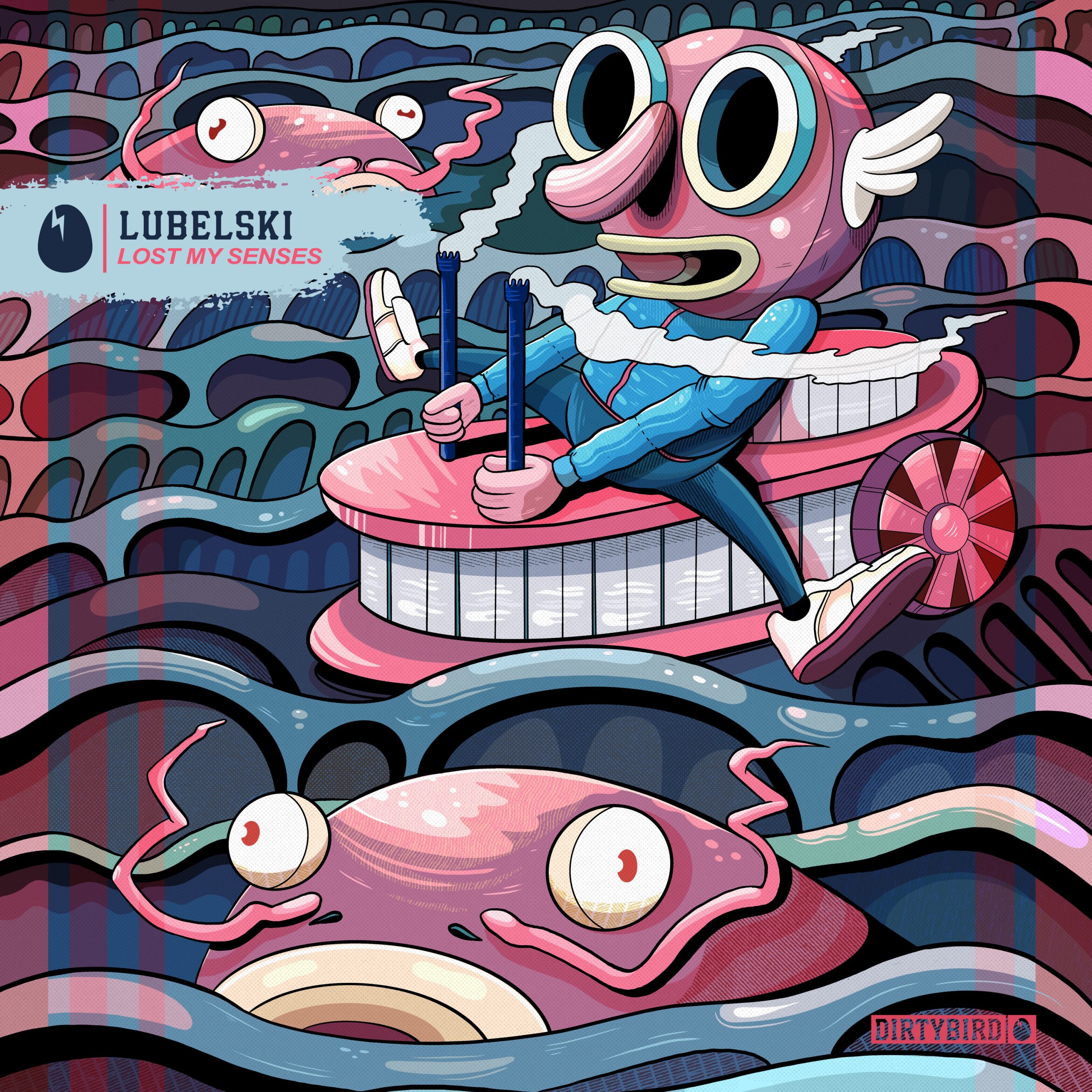 DIRTYBIRD continues its foray into left field sonic realms today with the arrival of Lubelski’s ‘Lost My Senses’ EP. The Percomaniacs boss brings his driving, minimal leaning aesthetic to the table with two modular-laden productions.

Lubelski pays homage to DIRTYBIRD’s celebrated quirkiness via “Lost My Senses,” whose robotic, off-kilter sound effects cast a futuristic glow upon the title opener. Acting as the track’s backbone, a rich, groove-fueled bassline paired with a matching topline make “Lost My Senses” a versatile piece for the dancefloor. “Broken Motor” is equally eccentric in its profile, taking listeners on a tripped-out voyage through distorted modular progressions and a bone-rattling low end arrangement.

“Lost My Senses is a deep dive into that feeling of mania, I’m sure we’ve all felt a bit of during this pandemic. I put the title track together in a way that jumps from collected and jolly to deranged and nonsensical, to really embellish in that descent into madness. Broken Motor is a bit of the same and was an attempt at embodying that things keep moving even when you feel it isn’t working. I couldn’t get my synth to work the way I wanted to and so it turned into that monstrous bass stab you can hear bellowing through the song.”

Despite unique obstacles faced in electronic music, Lubelski has managed to have one of his strongest years yet—beginning with the release of his debut album, ‘Universal Groove,’ on Percomaniacs. ‘Lost My Senses’ is additionally his fifth extended player released during lockdown, with preceding records signed to prolific imprints including elrow, Club Bad, Deeperfect, and Gruuv. Meanwhile, he and his Percomaniacs cohorts Rybo and Wyatt Marshall have continued introducing the American West Coast to minimal house’s cutting edge with regular label showcase streams in addition to guest slots on digital lineups for Desert Hearts, DIRTYBIRD, and more.

‘Lost My Senses’ continues to prove Lubelski’s standing as a next generation tastemaker for those inclined to dig a little deeper.