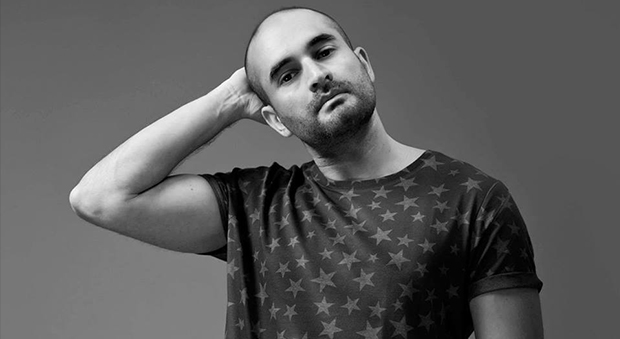 Ordonez’s blossoming career is picking up steam having recently released two EP’s on pristine German house label Mother Recordings, one track of which, “The Spell,” got a re-release on Defected’s Most Rated 2016 compilation. Ordonez also recently released a nice collab with Vanilla Ace on one of our favorite labels, Sleazy G.

Besides producing jams, Ordonez is one of Ecuador’s premier DJ’s; holding down a residency at one of the best clubs in South America, Lost Beach Club.

We’re excited to add this hot up-and-comer to our Lovecast series. Enjoy!

Learn more about Ordonez in the interview below…

How did you first get introduced to underground dance music?
I started listening to commercial music on the radios, I grabbed a big taste for electronic music, and with some friends we started to go dig deeper and end up getting compilations from Global Underground, Then I went to Montañita and attend my first underground party which was a game changer and hook me to it for life.

What has been the most exciting turning point of your career so far?
It’s funny but it was a warm up I did for a David Guetta concert, when I saw the reaction of the crowd when he played his own music, I decided I wanted to achieve that with my own tracks.

Where is your home base? If someone were visiting there for the first time, what clubs and/or parties and/or restaurants would they want to check out?
I’m based in Cuenca, it’s a small city in the south of Ecuador, there’s no proper electronic music clubs here but there are a few promoting companies that throw great underground parties, I have my company called ALL THE TOYS def worth coming to our events, restaurants I love one called LA ESQUINA, TIESTOS (has nothing to do with the dj haha). The country its small so if you are here I would def recommend you to head to the beach and Lost Beach Club.

What advice would you give to an aspiring producer?
Set the bar high. I think at this moment there’s way to many labels that would release anything they get, and I believe that most new producers are happy “just releasing” there’s just a few people that actually aim high.

What’s on the horizon for Ordonez the remainder in 2017?
I have an upcoming EP/ Vinyl on Mother Recordings with 2 bangers plus another track out on the 5th year compilation on the summer, an upcoming USA and Mexico tour on May, my All The Toys Festival on August and I hope I can get some gigs during the summer in Europe, crossing fingers for that.

Do you have any hobbies outside of music?
Yes I play soccer every week, I want to get back into cross training too I’ve been a little bit lazy with that lately

Dream gig…
Don’t really have one, as long as the crowd enjoys it I have an amazing time that’s the perfect gig for me, never the less its always a pleasure to play at Lost Beach in Montañita.

Name one of your go-to tracks…
Even if I don’t play it all the time I love Dino Lenny’s I’m Coming Home specially as a closing track under the perfect conditions.

Tell us about your mix…
I consider myself a music lover, I’m not the kind of guys that would play the exact same thing all night, so that’s what you can expect of sets, It starts deep and develops into some really housy tracks, sometimes I get a little bit more “under’ but not in this particular set.