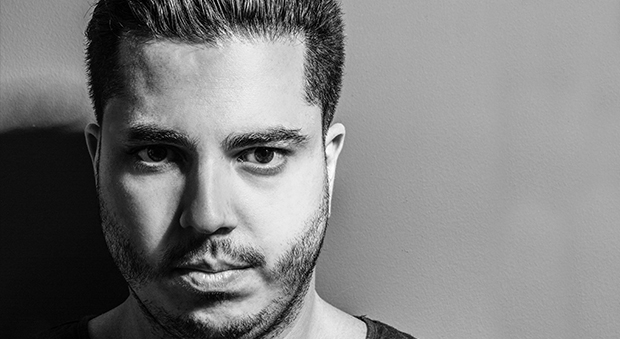 Now based in Barcelona, Wehbba has released a wide range of tunes on such prestigious labels as Bedrock, Knee Deep In Sound, Lapsus, Exploited, and Tronic.

Wehbba is set to embark Part II of his U.S. debut this month hitting up Philly, Chicago, Boston, Orange County, San Francisco, and our hometown of San Diego. More info on his tour below…

With Wehbba on the steady rise we’re stoked to have him on our Lovecast series. Enjoy!

Learn more about Wehbba in the interview below…

How did you first get introduced to underground dance music? What is the most challenging part of becoming a full-time producer?
I got into underground dance music when I was spending some time in Australia about 20 years ago, and when I went back to Brazil I’ve started researching about electronic music production and buying records. Becoming a full time producer was a natural move for me, I’ve always been into the production side of things ever since I was in bands during my teen years, and after having a few successful releases out and starting to tour internationally, I just had to drop my day job as a dentist, which I’d been doing for around 6 years side by side before I became a full time DJ and producer.

What has been the most exciting turning point of your career so far?
I think that moving from Brazil to Europe, more precisely to Barcelona, has been a major turning point in my career, it allowed me to explore my creativity, it’s been an enhancement in my lifestyle altogether, and I’ve never been happier with my music than right now, which in turn have been bringing me to loads of new places including the US, which have been on the books for a long, long time.

Where is your home base? If someone were visiting there for the first time, what clubs and/or parties and/or restaurants would they want to check out?
I’m currently living in Barcelona, and there’s a ton of places to party and eat, even after 2 years here I wasn’t able to explore not even a 10th of what it has to offer. I don’t get a lot of opportunities to go out clubbing due to the work and touring schedule, but when I do get a chance I either go to Club4 on City Hall on Thursdays, or Macarena which is a super tiny club but has one of the best atmospheres, or to one of the Brunch In The Park parties which happen on Sundays during the summer, which are held in an amazing venue and have great, diverse line ups. On the restaurant side, I have 2 go-to tapas places, which are Pacomeralgo and Lolita Taperia, they have amazing food, are extremely consistent and have a great atmosphere. There are plenty of haute cuisine going on too, so I’ll just list my favourite restaurant on that end which is Disfrutar, which follows up on the famous El Bulli tradition.

What advice would you give to an aspiring producer?
I think that learning your craft, and more importantly, really learning your tools in depth, can get you a long way. Once you’re sorted on the techniques, finding your own sound will be easier, and is also a must for anybody to stand out from all the noise.

What’s on the horizon for Wehbba in 2017?
I’ve been working like never before on new original music, haven’t worked on remixes at all, but I do have one remix project in the horizon, on Tronic Music, unfortunately I can’t disclose a lot on my release plans at this point, but I can assure you 2017 is set to be one of my most productive ones. I’ve been touring extensively recently, having tours in Australia, New Zealand, USA, South America, Asia and doing a lot of gigs in Europe in between, all in all it’s been a busy year so far!

Do you have any hobbies outside of music?
I practice meditation, and I’ve been learning a lot recently about craft beer, I’m hoping to venture into brewing at some point, if I have the time and space for it that is!

What are some touristy things you do while playing in a foreign city?
I always like to take a walk and explore the cities by foot, as I believe it’s the best way to get a proper feel of the city. This approach also influences the way I will play in that city, and it helps a lot as well. I will always try to have the local food if the traveling schedule allows.

Dream gig…
I’ve been lucky enough to have played at a lot of the places I’ve dreamed of, and as rewarding as playing on big festivals and clubs can be, I believe a dream gig is the one you feel really connected to the crowd and to the vibe, and feel free and confident to play exactly what you want, without any compromises, on an amazing sound system.

Name one of your go-to tracks…
It’s one of my own tracks actually, called ‘Fake’, it’s been going around on the internet on some Adam Beyer sets, it sets any floor on fire whenever I play it.

Tell us about your mix…
I’ve recorded this mix at home, with some fresh stuff I’ve been playing out especially during the first part of my tour in the US, and featuring an edit I’ve done recently of ANNA’s ‘Redemption’ track, over a nice bottle of Ballast Point Sculpin IPA.

Drink of choice…
Beer, but I wouldn’t refuse a nice glass of red wine or Gin & Tonic!