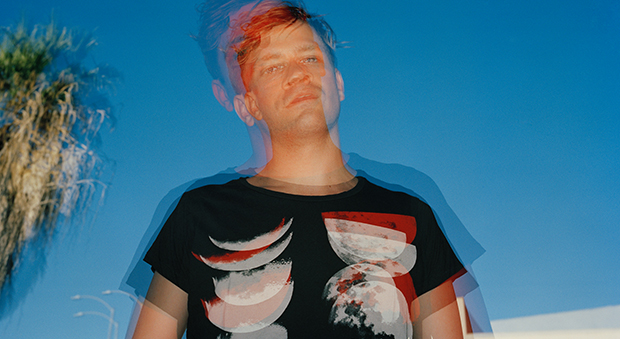 Moon Boots takes us to space with his collection of love songs for our 165th Lovecast episode.

Since his debut release on French Express in 2011, Moon Boots has been sleighing up the charts and across the globe. He’s also recently released on massive London-based label, Anjunadeep.

We’ve been following Moon Boots’ music and dynamic character intently the past few years, so we’re excited to add him to the Lovecast roster. Enjoy!

Learn more about Moon Boots in the interview below…

Do you have any hobbies outside of music?
Not so much. I love to draw and read and I’m lately trying to be more healthy and exercise every so often, but the truth is I’ve been very fortunate to turn my hobby into a job!

What are some touristy things you do in your off-time while touring?
I don’t often get to see the big touristy sites the first time, and I’m typically in a city for well under 24 hours, but I always make sure to get a fridge magnet when I visit a new place. I’ve got a bit of a collection going now.

Name one of your go-to tracks…
I really enjoy playing unreleased tracks, but aside from that, “Disco Shhh” by Butch has been hitting the spot lately. I’ve also played this a silly number of times in the past year….

Tell us about your mix…
It’s nothing but love songs