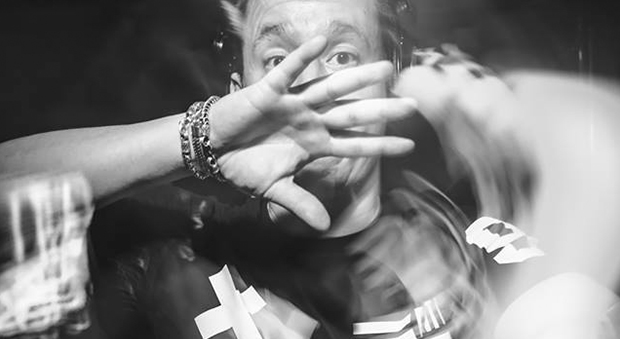 Having produced tunes for many of today’s biggest labels–including Desolat, Get Physical, Cocoon, Suara, and Moon Harbour–Agent! finds himself living the dream out of the Mecca of dance music, Berlin.

Fresh off a tour in Brazil all of November, Agent!’s delivers his high energy, peak time vibrations with this latest podcast. We’re excited to add Agent! to the Lovecast roster. Enjoy!

Check out Agent!’s newest remix for Kittball out on December 2nd.

How did you first get introduced to underground dance music? What is the most challenging part of becoming a touring artist?
I was starting my hip hop DJ career in a very well known club called Airport würzburg in Germany. At this time club Airport was one of the most famous techno clubs in Germany ( like tresor, stammheim, omen ) so I had the influence of big players like Sven, Carl, Richie, Armand and more.

What has been the most exciting turning point of your career so far?
I guess it was my first release on Desolat. After that release I recognized a kind of international feedback.

Where is your home base? If someone were visiting there for the first time, what clubs and/or parties and/or restaurants would they want to check out?
I live in Berlin – Keuzberg on a nice sidechannel of the river spree, I love my hood, you need to try out the kebaps , the burgers, the sushi and the nice coffeshops arround the corner. Before you go to one of the endless clubs you can hang around in some nice intimate bars

What advice would you give to an aspiring producer?
Don’t be afraid to play and try out new sounds and things, and don’t get stuck on too many plugins

What’s on the horizon for Agent! the remainder in 2017?
Gigs in Mexico and South Africa, ep gpm, track on Lapsus ( bpm ) track on Kittball and some more remixes are in the pipeline.

Do you have any hobbies outside of music?
I love to cook and I am a graphic designer also. Both I do with passion in my freetime.

What are some touristy things you do in your off-time while touring?
Nature, sightseeing and good food.

Name one of your go-to tracks…
Agent! – Southside Berlin ( Get Physical Music )

Tell us about your mix…
Just dance baby !