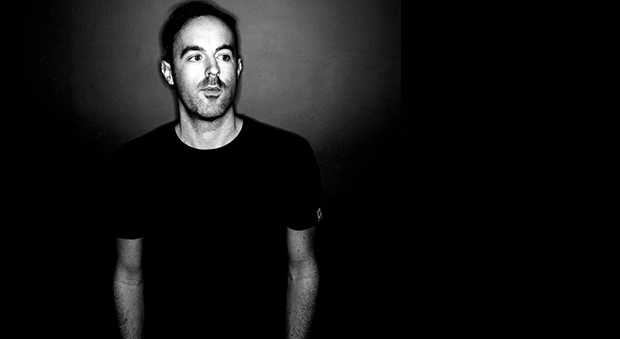 Tom Budden in no slouch–he’s released numerous tunes and remixes on some of the brightest labels in the game: Get Physical Music, Gruuv, Suara, Pets Recordings, Bedrock, and of course his own label ALiVE Recordings.

Since the label’s launch in 2008, ALiVE Recordings have released tracks from some of our favorite producers; including Cera Alba, Tapesh, Maximiljan, Leftwing & Kody, S.K.A.M., Waifs & Strays, Mar-T, Balcazar & Sordo, Shall Ocin, Atapy, and Tom Budden himself.

Tom’s track record is impeccable and his taste in music is right up our alley. We’re happy to host such a stud on our Lovecast series. Enjoy!

How did you first get introduced to underground dance music? What is the most challenging part of becoming a full-time producer?
I guess the early 90’s when I was 12-13 I came across proper underground dance music. More underground than a lot of the stuff on the radio at the time anyway. The first Fantazia rave was very close by and I used to get the tapes from friends with older brothers and sisters who used to go. I’ve lost those tapes now but have found a few of the sets online and have them on my laptop for a listen every now and then.

As far as being a full time producer, I wouldn’t think of myself as full time by any means. Running the label (ALiVE Recordings) is my main focus. At the moment the production is just something I do as and when an idea comes up, or if there’s something I’d really like to remix for the label. There have been times when music was full time, but unless you’re really busy with gigs its difficult to sustain.

What has been the most exciting turning point of your career so far?
In 2008 I was already reasonably busy with dj’ing and my label had been running for about a year. The 10th release was my track ‘The Tree Dance’ and the response to it was amazing. It went to number 3 on Beatport and things really picked up after that.

Where is your home base? If someone were visiting there for the first time, what clubs and/or parties and/or restaurants would they want to check out?
I’m in Southampton on the south coast of England. Its not a bad place to be, just over an hour to London and surrounded by nice countryside. The scene here is pretty good too. Junk nightclub have some great bookings on the weekends and is a cool little club. There’s also Switch which is worth a trip on the right night. They just had Skream all night there this weekend just gone. Then we have the High Tide boat parties that happen a few times a year. 300 people on a boat on a Sunday afternoon, often with massive headline acts that you’d never get to see in such a small place.

What advice would you give to an aspiring producer?
Make sure your music is ready before people hear it. When it is, get it out to the people you look up to, locally or bigger names if you can. Think about how your music will stand apart from everything else out there. Get feedback. Also start small, don’t get carried away with loads of plug-ins straight away.

What’s on the horizon for you in 2017?
Not much planned at the moment. I’ve got a few tracks that will come out in the early part of the year. Hopefully get to play in some different places too.

Do you have any hobbies outside of music?
Yes, I’m pretty obsessed with cycling. At the moment I’m racing ‘cyclo-cross’ most weekends. It basically involves racing around a muddy park for an hour, it’s a lot of fun. In the summer I race on the road bike as well as cross-country mountain biking. It’s something I used to do when I was younger but have only come back to it competitively in the last few years.

What are some touristy things you do while playing in a foreign city?
If there’s time I always like to see what a place has to offer and try and get as much in as possible. At the very least I like to try out the local food. A couple of years ago I played in Amman in Jordan and took a trip to Petra (‘the lost city’ that was used in the Indiana Jones film), that was pretty cool!

Dream gig…
Hmm not sure. I got to play at Space in Ibiza a couple of times, so am very glad to have ticked that one off.  There’s a lot of festivals in Eastern Europe that look like they would be great.

Name one of your go-to tracks…
JMX ‘Eastside’. We released it at the end of 2013 on ALiVE – I’m still playing it all the time now!

Tell us about your mix…
As it’s coming to the end of the year I’ve put together an hour mix showcasing some of my favourite ALiVE Recordings tracks of 2016. Hopefully it gives an idea of the sort of stuff we’ve been releasing recently. It starts off quite deep with tracks from Ben Gomori and Jett. All three tracks from Monday Club’s recent release are in there, I love that EP.  Then there’s a couple from the next two releases (that aren’t out just yet) from Timmy P and myself.

Drink of choice…
You can’t beat a good cup of tea can you? haha