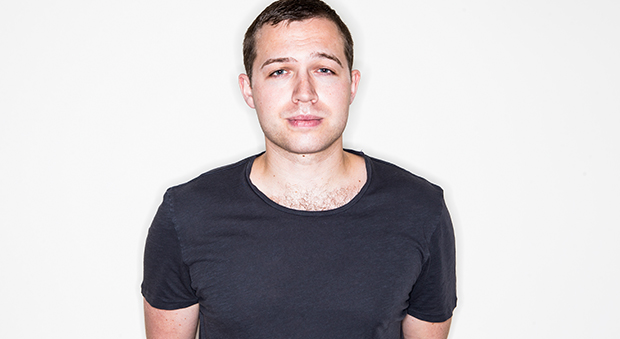 UK artist Mark Fanciulli has been lighting up the dance music scene in recent years. Since his breakout in 2011, Mark has contributed to the catalogues of many influential underground house and techno labels; such as Rejected, Planet E, Saved, Suara, Defected, Toolroom, and his own label Between 2 Points.

Mark’s latest creation, Tell Me EP, the sophomore release on Between 2 Points, has been rocking dance floors. We premiered the title track earlier this month and is has been getting lots of plays.

Besides producing great tunes, one can find Mark Fanciulli on the bills at some of the most prestigious clubs, parties and festivals around the world. Recent gigs include The Social Festival, Pacha in Barcelona, Egg in London, The BPM Festival, Output in NYC, WMC, Sónar, and Ministry Of Sound.

We’re stoked to add Mark Fanciulli to the Lovecast roster. Check out his mix, tracklist and interview below…

How did you first get introduced to underground dance music?
My introduction came from my brother, he would always be playing records in his room and I was always really into the music he was playing. Eventually I started buying records and like many other things he was fully supportive and gave me great guidance; he was the one that first introduced me to Breakbeat.

What has been the most exciting turning point of your career so far?
If I had to pick one right now, I’d say it was when Joris & Edwin picked up “The Tide” for their label, Rejected. That’s the track that got things moving and got me noticed, after that the bookings started to flood in.

Where is your home base? If someone were visiting there for the first time, what clubs and/or parties and/or restaurants would they want to check out?
I’m based just on the outskirts of London in a lovely little town called Bushey. What’s perfect about it is that it’s close to London but far away enough for some peace and quiet in the week. There aren’t really any parties or clubs here but we have an amazing choice of restaurants! At the top of that list would be “Olivios” which is an Italian on the Heath, they do the most amazing Pizza.

What advice would you give to an aspiring producer?
I get asked this a lot and what I always tell them is to be themselves. Primarily, they should do it for the love of the music and the more they put in, the more they’ll get out.

What’s on the horizon for Mark Fanciulli the remainder of 2016 and beyond?
I’m really happy to be making a return to Rejected with a 2 track release called “In The Zone” which will be available from October 14th, as well as an EP that I’ve collaborated with Huxley on coming out soon on Moda.

The very first Between 2 Points party is taking place at The Waiting Room in Stoke Newington on November 26th which I’m really excited about, it’s free entry and as it’s an intimate venue early arrival is essential. The lineup for it will be announced very soon.

I’ve also just spent an exciting few days in Stockholm in the studio with Zoo Brazil working on several collabs which everyone will be hearing about soon so lots of things to look forward to in the near future!

Do you have any hobbies outside of music?
I enjoy watching football, my team’s Arsenal and if I’m in the country I try to go to the Emirates a few times a year. It’s not as fun as the old ground but still a good day out with friends. I’m really into foreign films and TV shows too, things like Japanese Horror and Scandinavian Murder Mystery. One I’m into at the moment is Beck, it’s like a Swedish version of Inspector Morse.

What are some touristy things you do while playing in a foreign city?
I find myself being a stereotypical tourist checking out famous monuments (I love Washington D.C. for this) and also the local cuisine and flea markets. Where possible I like to check out record stores as well, my friend took me to an amazing one in Stockholm recently called “Nostalgipalatset”.

Dream gig…
All night long in a intimate venue, stripped back and raw just like the early rave days.

Name one of your go-to tracks…
It would have to be Rejected with ‘Let’s Go Juno’. The first time I heard this was when I was watching DJ Hell play in the Space Discoteca, it’s such a powerful record but above all very accessible. It would be hard to find a club that it doesn’t work in.

Tell us about your mix…
The mix is a selection of some of the records that are doing it for me right now. A standout track for me is the Truncate remix of Josh Wink “Shoelaces”, everything he works on is Gold.

Drink of choice…
Gin and Tonic.