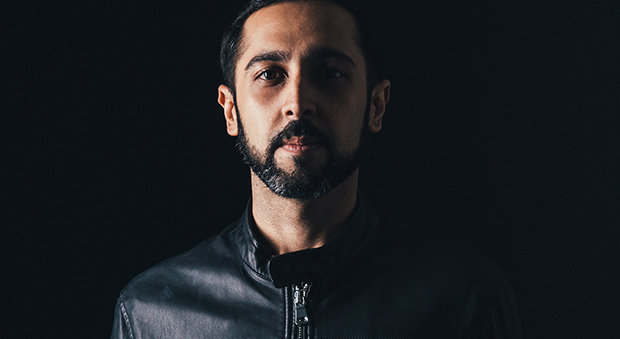 When it comes to naming the key players in the rise of the underground scene in Bangkok, and most of South East Asia, any local will tell you that Sunju Hargun is your guy. The Bangkok native has helped pioneer the techno scene in the region for over a decade, and has no plans to stop any time soon. Over the years Sunju has developed a loyal fan base throughout Asia due to his incredibly creative, and eclectic sets, and has caught the eye of some top labels with his productions. Hargun has released tracks on VIVa Music and Turbo Recordings, along with a slew of remixes and free downloads supported by Pan Pot, Dubfire, Sasha, Seth Troxler, Carl Cox, Richie Hawtin, Adam Beyer and many more.

So, without further ado, we are proud to present Bangkok’s very own Sunju Hargun for this week’s Lovecast episode.

How did you first get introduced to underground dance music?
My education into dance music was quite an unexpected journey. I started off as a clubber while I was living in Manila during the late 90’s, going to raves and club nights, where I would hear the local residents play a mixture between house, pop and disco. Soon enough, I started to develop a taste and understanding about house music, as I was frequently going to watch those locals and a few international DJs as well, which surely set a spark in me. Trance also played a big role in my early inspirations when I was exploring deeper, but for me it was the darker and heavier side of it and not so much of the euphoric and happy side.
During my late teenage years in Shanghai, I spent countless of weekends at this club called “DKD” which was the temple of Underground House/Techno. The resident DJ’s that played there had a large, but great selection of vinyl and played  for at least 5-6 hours taking the crowd on a beautiful Journey. The style of music went through House/Techno/Tribal/Progressive and sometimes Psy trance which carried influences from the sounds of Sasha, Digweed, Christopher lawrence, Dave Seaman, Nick Warren, Hernan Cattaneo, Deep Dish and many more. I knew right away that this music was my calling, and the local heroes of the city were the reason I became a DJ.

What is the most challenging part of becoming a full-time producer/dj?
I have always tried to keep myself busy in all fields of the music to the point where i need to have a balance. By doing so i run my own events, i have an outlet that im able to create soundtracks for promo videos and small time film scoring. In that time as well i treat my artistic profile as a brand so im almost working for myself trying to see growth in myself and my music. It’s important to look at it always from the business and artistic aspect as well. On the side i do graphic designing that i really enjoy and it gives me the freedom to boost my creative approach and try something different”

What has been the most exciting turning point of your career so far?
I would have to mention a few exciting turning points this year, one being the traveling as i have been able to see a few new countries that i used to dream of going, secondly being invited to play at Off Sonar in Barcelona which was a real treat as the last time i was at the festival in 2012 i made it a goal for myself to go back there one day to play. My personal manager at this time has come into my life as a blessing, he’s the one that pushes me, gives me personal feedback and advise and allows me to have the freedom to focus on being creative in and out of the studio.

Bangkok is your home city, if someone were visiting there for the first time, run me through a typical night out with you. Your favorite spots to eat/drink/dance.
I could list hundreds of my favorite spots, but here are a select few of my favorites:
Breakfast: Rocket Bar “Because its the most important meal fo the day, they serve some of the best eggs i have had in Bangkok city”
Dinner: Soul Food Mahanakorn “Before a gig or a night out, dinner is as essential part of my routite and i choose this place as the food is very inspiring, fresh ingredients, unique and classic Thai dishes with an simple drink selection including a full bar, good  wine list and micro brews”

Bars:
Dark Bar “I’m a big fan of sailor jerry’s rum and because they serve that at this bar, you mix that togeher with a very intimate vibe surrounded by some of bangkok’s most artistic crowd and forward thinking electronic music, its a 10/10 for me as a place to even go on a weekday to groove and have a few drinks and chat with the lovely owner.”
Bar Flamingo “This bar is completley hidden and extremley hard to find, its a members place but somewhere i am always surrounded by close friends, homemade rum and a few other classic cocktails to be served at this special venue.

Tell me a bit about your Karma Klique project?
Karma Klique is a project that I’m very proud to be a part of, alongside with friends who live in Bangkok. The vision is to share the positivity we find in music and use it to create tangible benefits for those in less fortunate circumstances. The first and very successful project we had hosted was a boat party, the result was magical as we reached our goals and targets to raise money for the foundation we were working with. Our teams passion and energy with this project is united by a common desire to achieve positive change.

What’s on the horizon for Sunju in the remainder of 2016 and beyond?
“I’m presently working on material for an album and a few future eps on their way, so at the moment there is alot of experiementing happening in the music making proccess which has really been alot of fun, so I’m eager to see how I can pull it off. Secondly i do have plans to launch a new brand called “Xplor” which will be a extention to my album and hopefully a live performance next year combing a cohesive audio and visual showcase, but for the moment lots of surprises to come. As far as travel dates go i have an upcoming U.S tour that im currently working on at the moment and an Australian Tour up ahead in early 2017″

Do you have any hobbies outside of music?
Because of my upbringing i was never the kid to go to the playground to play sports after school or any other acitivity but instead going to my fathers music studio to play with the instruments and have jam sessions with him on the drums. So my life has always been about music. This year i have been playing Tennis which is a new hobby im getting quite addicted to and swimming i enjoy quite alot as well.

What is your favorite city you’ve gotten a chance to travel to, and play?
“Without question the most beautiful, unique, incredible I’ve ever been to has to be Australia last year, i had to two dates to play out in melbourne and sydney and i will never forget the experience of playing at these venues, plus the australian crowd were very much up to date with their music knowledge.”

Name one of your go-to tracks…
“I would say the collaboration single called “Palace” with Forrest on Turbo recordings last year would be the go to one as it was an extremley proud record to have released on a label that we had both individually looked up to so much, but also the amount of support we had from the international players in the scene was surely one for the books.”

Tell us about your mix…
“A Bundle of Memories from Recent gigs projected into one mix. Deep, Driving, Raw, Hypnotizing Melodies and Grooves”